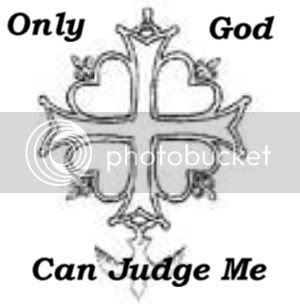 You may be sick of hearing about the “Pop Icon”, but just as Elvis, James Brown, John Lennon, Janis Joplin, Jimi Hendrix, Patsy Cline, Sam Cook, Billie Holiday, Marvin Gaye, Nat king Cole, Otis Redding & Mahalia Jackson (just to name a few) have come and gone, so too was the short lived life of M.J.

The death of Michael Jackson was sudden, unbelievable and thought provoking. When I received a text message, from my son, before church, I texted back, “Yeah, right”; but it was true.

No one really knew all the pain (physical & emotional) the MJ had to endure most of the 50 years that he was here on this earth. Even though there are numerous books on the market about his life, who can say what went through his mind on a daily basis? We saw some of his life story from a made-for-TV movie (Man In the Mirror/ The Michael Jackson Story). Sure, he had some ‘not so good judgment calls’, but who of us is without any sin in their lives.

Who knew that a trip to a grocery store would be so endearing for anyone? Or the hurtful accusations about your appearance (from a family member) could cause so much pain? Sure we could point finger and bring up negative aspects of a person’s life, but what about the good things that Michael Jackson did and how he was a positive influence on so many. I choose to be positive and, “…think on these things”. Yet all-in-all, after all the scandals, after all the blame & allegations; let the truth be told; Michael is probably awaiting the final judgment and singing “Leave Me Alone”.

Below is a Blog sent to Gospel Today by Ms. “V”:

Boy, am I glad that I’m not God. As a COG (Child of God), I cut my teeth on positive music such as Michael Jackson’s, before I was saved (and I won’t be going to hell if I sing one of his songs today). You wonder why we have such a hard time getting people to accept Jesus Christ as their personal Lord and Savior. Who would want to come into the arms of a tyrant? God is not a dictator. He is a loving and forgiving Father.

As I state in one of my books, “Who is to say who has been forgiven by God in their final hour here on this earth?” As I prepare my Blog on all my sites, I contemplate the positive influence that MJ had on so many people and reflect on the scripture “Phil. 4:8” – let’s think on the positive things and stop looking for the worst.

Looking Over Some Titles from MJ:

“I’ll Be There”, “ABC”, “Ben”, “You are Not alone”, “Black & White”, Who’s Lov’in You?”, “We Are The World”, “The Love You Save”, “Smile”, “Leave Me Alone”, “Human Nature”, Got To Be There”, “Man In The Mirror”,
I don’t recall a time when there were so many celebrities that have died in one month. The memorial tribute during the Oscars, and other award shows, will be in an extended version next year. May they all R.I.P. and be left alone.