A taste of Bollywood comes as 'Taj Express' 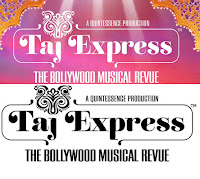 Taj Express comes to Jacksonville’s Times-Union Center, Moran Theater for one performance only! Taj Express explodes with the sounds of India and Bollywood, capturing the vibrant, expressive spirit of the world of Bollywood movies that have been entertaining billions of people in India for generations. 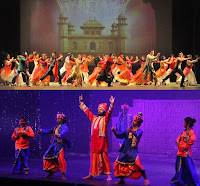 Shruti Merchant, Director/Producer, is also amongst the top choreographers in the industry.  She was a judge on India's leading dance reality show "Dance India Dance Season 4" and served as a judge on the show again in 2015.  More information can be found on her website.

'Mama' and Vicki Lawrence visit OP for one day

Vicki Lawrence is one of the most beloved television personalities of her generation.  Plucked out of total obscurity as a high school senior, Vicki went on to become part of the now-legendary cast of the "Carol Burnett Show." "I went to the Harvard School of Comedy in front of America," says Ms. Lawrence of her Burnett Show training.

In the seventh season, and hundreds of hilarious sketches later, at the ripe, old age of 24, Vicki created her most endearing character to date, Thelma Harper, or "Mama" as she is better known to her fans. After the Burnett Show, Vicki went on to star in "Mama's Family," which consistently topped the ratings for its entire six-year run of original shows. "Mama" has attained almost a cult status among her legions of loyal television viewers.

In 2001 following the unprecedented ratings for the "Carol Burnett Showstopper Special," which delighted more than 50 million viewers, Ms. Lawrence decided that the time is right to take Mama out of the closet, dust off her sensible shoes and hit the road with her new touring production, Vicki Lawrence and Mama: A Two-Woman Show.

Ms. Lawrence takes the stage first. "My show is not a retrospective," she explains. It is a mixture of stand-up comedy, music and my observations about real life." The multi-talented entertainer is mostly known for her acting and comedic talents, but she also earned a gold record for the 1973 hit, "The Night the Lights Went Out in Georgia."

"I think people will get a kick out of the things Mama has an opinion about. We're creating new material with a more modern and cutting edge. Where Mama is concerned, expect the unexpected. There's really nothing she can't do," she says.  "I hope people will be pleasantly surprised by a side of Vicki they may never have seen.…I know they will be looking forward to Mama, and for her part, that crazy old gal will be up to the challenge.”

Puccini's opera 'Turandot' will be in JAX for one evening

Puccini’s final masterpiece “Turandot” comes to Jacksonville’s Times-Union Center, Moran Theater for one performance only. Turandot is based on the Greek myth “the riddle of the sphinx”.  The opera's story takes place in the ancient “Forbidden City” of Peking and is performed in three acts.

Act 1: In a legendary time, at the square in front of the Forbidden City in Beijing, China, the Princess, Turandot, is a woman of great beauty, but has a cold heart that is as cold as ice. She said, “Any prince seeking to marry me must answer three riddles.  But if he fails, he will have to die.”  At the square, a failed prince’s fate, who is going to the guillotine, excites a lot of the audience’s blood. In the crowd, a vanquished king of Tartary, Timur, meets his long-lost son, Prince Calaf, again.  Calaf falls in love with Turandot at first sight. He proclaims to try to answer her three riddles.  One of Timur’s slave girls, Liu, attempts to stop his reckless resolve, but his determination strengthens.

Act 2: Turandot appears, and begins to ask Calaf her three riddles.
Q1. What thing is reborn every night? ...A. ‘Hope’
Q2. What burns hot, but is not fire? ...A. ‘Blood’
Q3. What ice can make fire? ...A. ‘Turandot’
Calaf successfully answers her three riddles.  Turandot is upset, and refuses to marry him.  Calaf says to her, “If you can learn my name by dawn, I will forfeit my life.”

Act 3: Turandot gives the crowd in Beijing an order not to sleep until someone learns his name. The people of Beijing frantically find out his name.  They catch Liu.  Turandot asks Liu why she never says his name.  Liu answers that it is because of her love to him, and kills herself.  After the crowd goes home, Turandot remains alone to confront Calaf.  Then, Calaf gives away his name to her.  At the break of dawn, Turandot proclaims the victory to learn his name in front of the crowd.  She says to the crowd, “His name is …Love”, and she then concedes defeat and marries him.

The opera was unfinished at the time of Puccini's death in 1924, and was completed by Franco Alfano in 1926.

January looked great at the Times Union Center in JAX

January 2017 was a month for ballet, comedy, impersonators and music from the 1940’s at the Times Union Center for the Performing Arts in Jacksonville, Florida.  There were four different shows to satisfy the entertainment appeal of almost everyone.

“Swan Lake” was a great ballet that could be enjoyed by old and young alike.  Unlike an opera, a ballet can be better understood through the dance, costumes, the storyline within the program or previous knowledge of that particular classical dance.  The State Ballet Theatre of Russia presented fifty of Russia’s brightest ballet stars to bring the ballet to the stage as a romantic tale of true love within four acts.  Swan Lake is set to the music of Tchaikovsky and based on Russian folklore and German legend that follows a heroic young prince as he works to free the beautiful swan maiden from an evil spell.

It’s true – Men & Women see things differently.  Peter Story came for a few days to educate (with comedy) and give some antidotes from John Gray’s famous book: “Men Are From Mars, Women Are From Venus”.  This one-man-show kept everyone laughing and may have helped to make things better within relationships.  If there’s nothing that needs improvement, then the show is a hoot anyway.  Moving swiftly through a series of sketches, the performance covered everything from dating, to marriage and also to the bedroom as Peter exposed the differences between the sexes.

Close your eyes – each Elvis singer (Dean Z, Jay Dupuis and Bill Cherry) sounded just like the real deal.  Open your eyes and “Elvis Lives” right before your eyes.  As your eyes pan the attendees, heads were bobbing and people were dancing in their seats.  Elvis Lives was better than any Elvis show that you could see on the Las Vegas Strip.  When asked if the actors would rather be in Vegas or on the road, their unanimous reply was most of them live in Vegas and going elsewhere is more enjoyable.  Ann Margaret came on the scene & sang a couple of duets with “the king”.  At this time, some of the men in the house began to smile a little bit.  The impersonator (Carol Maccri) imitated Ann’s wispy vocals and her shaking moves.

The final show for January was “In the Mood”, a 1940’s musical review that brought realization of a time when all America was listening and dancing to the same kind of music.  Six vocalists (Emillie Bienne, Jordan Ellis, Daniel Fuentes, Alexander Markowitz, Brittney Leigh Morton and Paige Sabo), along with a 13-piece band called “String of Pearls”, captivated the audience with over 42 memorable songs from that era.  The entire night reminded the attendees of the McGuire Sisters, Benny Goodman or Bob Hope and his USO shows.  It was a time of war, yet the music made the time period easier to accept and persevere.
Get ready for more shows to come in the months ahead.

The Boston Pops Esplande Orchestra is coming to JAX

The Boston Pops comes to Jacksonville’s Times-Union Center for one performance only!  Affectionately known as “America’s Orchestra,” the Boston Pops is the most recorded and arguably the most beloved orchestra in the country, beginning with the establishment of the modern-era Pops by Arthur Fiedler and continuing through the innovations introduced by John Williams and the new-millennium Pops spearheaded by Keith Lockhart.


Fifty years ago, four lads from Liverpool changed the course of popular music forever, and their influence still reverberates throughout the music world. Come hear the music of The Beatles as you've never heard it before, in breathtaking symphonic treatments, performed by "America's Orchestra" - Keith Lockhart and the Boston Pops Esplanade Orchestra. The first part of the concert will include favorite classical compositions from the British Isles including music by Handel and Elgar, and a hilarious new version of Benjamin Britten’s The Young Person's Guide to the Orchestra.

“The Boston Pops performs the best music of the past and present, appealing to the widest possible audience with a broad spectrum of styles, from jazz to pop, indie rock to big band, film music to the great American songbook, and Broadway to classical, making it the perfect orchestra for people who don’t know they like orchestras!” —Keith Lockhart

Some people may not realize that there were 17 Pops conductors, beginning with the German Adolf Neuendorff, who preceded Arthur Fiedler, the first American-born musician to lead the orchestra. In his nearly 50-year tenure as Pops Conductor (1930-1979), Arthur Fiedler established the Boston Pops as a national icon. He moved the Pops beyond its origins in light-classical music into the world of pop culture, showcasing the popular artists of the day as well as the work of young American composers and arrangers. Mr. Fiedler organized the first free outdoor orchestral concerts on the Charles River Esplanade that led to Boston’s now-famous Fourth of July concert, establishing the Pops as the most recorded orchestra in history—including the bestseller “Jalousie”—and introduced the Evening at Pops television series, bringing the orchestra into the living rooms of countless Americans.

TICKETS: start at $44.25, and may be purchased online at FSCJ Artist Series, sponsored by Chase (the official presenter of the Jacksonville show), or by calling (904) 442-BWAY (2929) between 10 a.m. – 5 p.m., Monday – Friday.  Discounts are available for groups of 10+ by calling (904) 442-2947 or emailing groupsales@fscj.edu.  Join the Artist Series JAX for a pre-show wine tasting and conversation with Boston Pops Conductor Kevin Lockhart when you purchase a VIP ticket to the show. Limited to 50 seats!  VIP packages start at $260, plus applicable fees.
Posted by Ms. "V" Victoria Thomas Poller at 9:08:00 PM No comments: