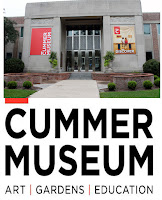 Cummer Museum of Art & Gardens will be closed Thursday, October 6 and Friday, October 7, 2016 due to Hurricane Matthew.  Re-opening will depend on a post-storm evaluation of damage.  For the safety of the art, staff, and their visitors, they will continue to evaluate conditions and open as soon as reasonably possible. 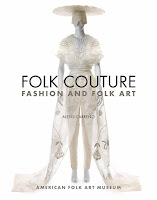 “The Museum is excited to be able to bring an exhibition of this nature to the Jacksonville community,” states Chief Operating Officer & Chief Curator Holly Keris. “We have been looking to host a folk art exhibition for several years now, and being able to pair this style with fashion offers the opportunity to look at the artwork in a completely original way.”

Fabio Costa (born 1983, Brazil), well-known for his appearance on Project Runway, also created a garment inspired by a 1796 quilt from the collection, featuring the Tree of Life pattern. Costa hand quilted and stuffed the pattern onto a silk organza capelet and a split-front skirt, and created a pair of pants quilted with Japanese silk thread.

Yeohlee Tang (born 1955, Malaysia) selected four late 20th-century animal woodcarvings and created a garment that celebrated the playful character and hand crafted qualities of the carvings. Ultimately, Tang wants “[the dress] to appeal to the child inside everyone.”

Bibhu Mohapatra (born 1972, India) personally identified with a book containing images of 35 tattoos. He remembers filling a similar book with sketches of his own while studying economics in Utah. While flipping through the book, Mohapatra found inspiration in a particular drawing called Sailors Dream. From this image, Mohapatra created a garment that resembles the nautical theme from the drawing.

Fashion can gain inspiration from unlikely places. The pieces that the designers created definitely reflect this statement. “Folk Couture demonstrates the way in which powerful expressions in a wide variety of mediums by self-taught artists can invigorate a disparate group of thoughtful, articulate designers to create equally vivid, singular objects of couture,” says Carreño. 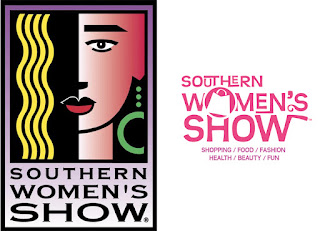 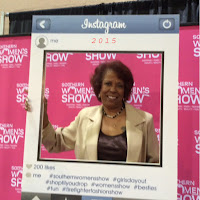 The “Southern Women’s Show” will be in Jacksonville, Florida from Thursday October 20 to Sunday October 23, 2016.  You can enjoy over 400 vendor booths throughout the Prime Osborn Center.  There will be clothing, accessories, home decor, wine, gifts, make-up, gourmet products, crafts, live music, fashion shows, loads of freebies and “delicious foods”.

If you’ve previously attended the Southern Women’s Show, or this is your first time, you will be excited to know that special days have been designated again this year.  “Girls Night Out” will be Friday October 21 and admission is only $5 after 5 p.m.; “Teachers Day” will be on Sunday, October 23rd (the first 100 Teachers who come by the Show Office and show their School ID will receive a free Southern Women’s Show Bag); and “Mother/Daughter Day” will be held all day on Saturday Oct. 22nd. 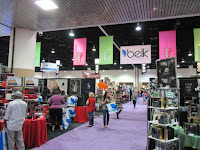 There are also a few fine Department Stores that have created a mini venue for your shopping convenience.  If you’ve missed it before – don’t miss it again.  Get your friends, family and coworker’s together as you make a day-of-it at the 2016 Southern Women’s Show in Jacksonville, Florida. 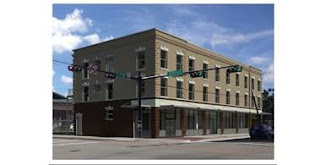 The Clara White Mission is pleased to announce that they have developed the Beaver Street Veterans Villas located at 605 Beaver Street, that is scheduled to open in December.  In order to open, Clara White Mission needs 16 apartments furnished for their veterans to move in, before the holidays; and they could use your HELP with their 30 Day Challenge!

You can HELP in 3 different ways with the 30 Day Challenge by selecting to:
Adopt an apartment, and/or
Make a contribution to purchase furnishing and/or
Purchase household items from a CWM registry at “Target”

Click on the Clara White Mission website for more information to get started.  You can meet the Challenge TODAY and your name will be posted immediately on their website for your support!  Can they count on you to answer the call?  E-mail Ju’Coby Pittman and let her know that you are ALL IN!  You can also, drop your items off at the Clara White Mission, 613 W. Ashley Street.  If you need additional information call Ju’Coby at (904) 354-4162.  Help them spread the word by forwarding this post to your network of family and friend and ask them to meet the Challenge in 30 Days!

For over 112 years, Clara White Mission has offered a unique combination of housing, services, training and job placement in a cost effective approach, while addressing the urgent and critical demands for homeless veterans and low-income in the JAX community for sustainable results.  Below are the Public/Private partners that made Beaver Street Villas investment a reality for the Veterans of Jacksonville, Florida.  NOW, they could really use your HELP!  Accept the 30 Day Challenge, TODAY! 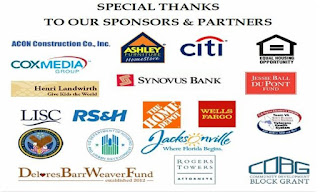 The Florida Theatre upcoming 2016 end of the year events

Live entertainment is always coming to Jacksonville Florida.  The Florida Theatre is one venue that has some outstanding acts for you during this 2016 Fall and Winter season.  Don’t forget that theater tickets make great Birthday gifts, Anniversary celebrations, Christmas Stocking Stuffers and ‘Just Because’ rewards.  Take a look at the selection below, and make your ticket wish list before tickets run out.

TICKETS: Vary with each show and seat preference
Posted by Ms. "V" Victoria Thomas Poller at 1:57:00 PM No comments: