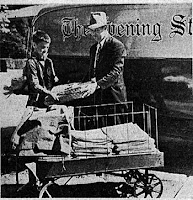 Are there still good ‘role-models’ left in the world for our children to emulate? Are people in Hollywood and in the industries just getting a ‘slap-on-the-wrist’ and then allowed to go free with what would be considered a “joke of a punishment or sentence?” Recently, one of the most influential men in the music industry (Mr. Angello Ellerbee) let it be known that things have got to change in our society and it’s up to “we the people” to take a stand and make those changes.

“Charlie Sheen Gets Two Standing Ovations at New York City Tour, Charlie Sheen wants Mila Kunis to become his third ‘goddess’ and live with him at his two girlfriends at his Los Angeles home.” What is a Ménage à trios? Is it something that you or your child should desire seeing or hearing in the news? Are the rumors true or false that Sheen will return to the CBS sitcom according to NY Magazine, ‘Vulture’: CBS and Warner Bros.? TV execs declined to comment, even off the record, about the notion that Moonves has offered Sheen his job back. In any case, Moonves was intimately involved with the decision to fire Sheen from Two and a Half Men; it makes no sense that he would suddenly decide that Sheen should return without any new development (a trip to a real rehab center or an apology from Sheen, for example.) Is Sheen a “good example” for anyone?

There are many others who our children may be listening to or watching on TV (Lindsay Lohan, Kayne West, Chris Brown and Lady Gaga just to name a few) – if we allow them to. As Kathie Lee Gifford once said on her show, “How do you get rewarded for bad behavior?”

In a recent ad by J. Crew a mother is holding her son’s foot after applying a coat of pink nail polish to his toes. Jenna Lyons holds son Beckett's pedicured foot in her hand as text below the image reads, "Lucky for me I ended up with a boy whose favorite color is pink. Toenail painting is way more fun in neon." What are we trying to tell our young influential males? “It’s alright to cross-dress” or “It’s ok to be a male with female tendencies? Or is this just another way of using the term Metro sexual?

Others have tried to make a difference in the lives of our young people such as Bill Cosby, Sec. of State Hilary Clinton, Michelle Obama and some dedicated teachers; but what about PARENTS – isn’t it our responsibility to get busy with our children?


Who or what is a “Tom Boy” and should parents condone the girls’ behavior? Where do we draw the line before homosexual behavior is adapted? What about the parents of a little boy who allows him to dress in girls cloths (“My Princess Boy”) because they don’t see anything wrong with it or they don’t want to stifle the child’s creativity? Do we do anything at all or just let boys be boys and girls be girls? How have we gotten to be such a lackadaisical society?

So, with all said, seen and done – what do we do? Are we just going to turn our heads (SMH), or should we get involved at all? What say you? Thanks to Reflections Music Group and Brothatone for their contribution to the music video in this piece.

Influences: winning or losing? Let's hear what you've got to say. Thank you so much for sending your condolences on the passing of my Mother-in-Law on Easter Sunday when she went to "Dance With Jesus".