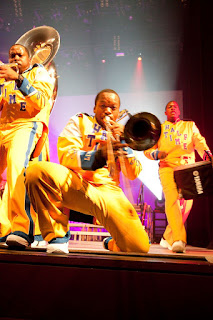 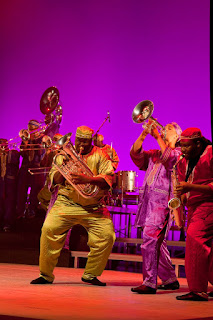 There is an internationally acclaimed flautist from Belfast, Northern Ireland, who is joining the Frost School of Music as a Distinguished Presidential Scholar.  That man is Sir James Galway.  As an endowed talent, Galway conducted his first Master Class on March 9 with Trudy Kane, associate professor of flute at the Frost School of Music.  “We are so delighted to welcome Sir James Galway to the Frost flute studio,” Kane said. “It is a thrilling opportunity for our flute students and the entire Frost community.  We look forward to interacting with him and learning from his lifetime of experience.” 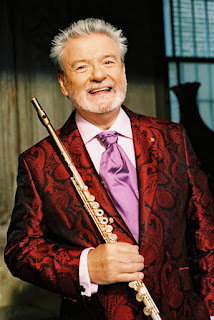 “Sir James Galway is a world-class artist and educator who enriches our world through the power of music.  The University of Miami is honored to welcome him as one of its inaugural Distinguished Presidential Scholars.  Students from the Frost School of Music, and from our entire community, will benefit greatly from his creativity, proficiency, and dedication,” said UM President Julio Frenk.

As a Distinguished Presidential Scholar, Galway will instill his talents in various settings, including performances and lectures, among the students, faculty and staff.  Regarded for his diverse talents as an interpreter of the classical flute repertoire, Galway is also noted as an entertainer with the ability to span generations and genres.  “This is the most exciting thing happening to me since I left the Berlin Philharmonic,” Galway said. “I am looking forward to sharing all the experience I have had in the last 40 years with the students and faculty of this distinguished school.” 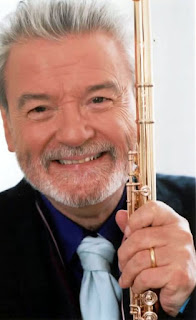 “Sir James Galway is one of the greatest musicians of our time, who embodies a panoply of Frost School ideals—performance at the highest level of artistry, breadth of style, dazzling stage presence, entrepreneurship, and citizenship. It is a thrill to have his imprint on our students, faculty, and culture,” said Shelly Berg, dean of the Frost School of Music.  “The idea of introducing new talent is to infuse our environment with the world’s best thinkers and doers,” said Berg. “And Sir James Galway is certainly fitting to take on the role.”

One of the most highly regarded musicians in the world, Galway has sold more than 30 million recordings worldwide and has collaborated with artists such as Stevie Wonder, Ray Charles, Joni Mitchell, and Sir Elton John.  His musical talents can also be heard throughout television and film soundtracks, including “The Lord of the Rings.”
Posted by Ms. "V" Victoria Thomas Poller at 7:36:00 PM No comments: 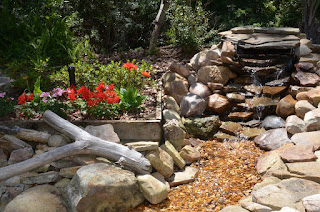 This March, the Cummer Museum is proud to celebrate its annual Garden Month through a variety of garden-related activities, including tours, lectures, concerts, and art workshops for visitors of all ages.  Garden Month is a celebration of the historic gardens built by Museum founders Arthur and Ninah Cummer.  Recognized by the National Register of Historic Places, the gardens are examples of a range of early 20th-century garden design.

Join Cummer Amelia for the 3rd Annual Garden Walk at the Omni Amelia Island Plantation Residential Community.  This event supports school tours for Nassau County students, which both enrich their curriculum and broaden their worldview.  The Garden Walk begins with a peek at selected Amelia Island Plantation private gardens, plus a talk and tour at the Omni Resort's hydroponic greenhouse and bee hives.  There will be a presentation by renowned Omni Chef Daven Wardynski held at the Omni Aquaponic Greenhouse, followed by a walking tour of four beautiful home gardens, each with their own unique charm.  Art demonstrations, live music, food, and drink will be provided along the tour route.  Trolley transportation is also available. 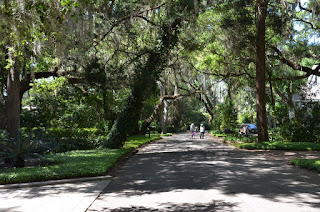 Schedule:
12:30 p.m. - Check-in at the Omni Aquaponic Greenhouse, located on Sea Marsh Road on Amelia Island, at the north end of Oak Marsh Golf Driving Range, inside Omni Amelia Island Plantation Residential Community.  Parking and greenhouse space are limited, and all registrants must check in by 12:30 p.m.
1 p.m. - A presentation by Omni Chef Daven Wardynski at the Omni Aquaponic Greenhouse.
1:30 to 4 p.m. - Garden Walk of four private gardens.  For further information please contact Wendy Mayle at (904) 899-6007.

For more than 50 years, the Cummer Museum of Art & Gardens has been committed to engaging and inspiring through the arts, gardens, and education.  A permanent collection of nearly 5.000 objects and historic gardens on a riverfront campus offers more than 165,000 annual visitors a truly unique experience on the First Coast.  Nationally-recognized education programs serve adults and children of all abilities.  For more information, including hours, visit The Cummer Museum.
Posted by Ms. "V" Victoria Thomas Poller at 5:16:00 PM No comments: 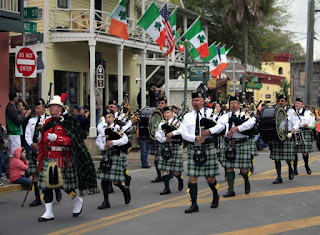 The parade travels down Orange Street to Avenida Menendez (the bayfront), then to Cathedral Place, next on Cordova Street, then back to Orange Street.  Spectators are encouraged to arrive early to claim a spot along the parade route, then follow the parade to the Celtic Festival, which opens immediately after the parade.  There are 50 units in the parade this year.  The Grand Marshals are representatives from the various Hurricane Matthew recovery groups called "Stand Together St. Augustine".  The local Hurricane Matthew groups connected and came together as Stand Together St. Augustine. 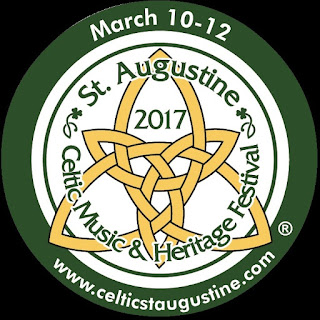 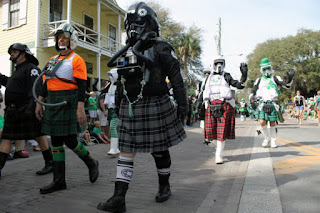 The Clans and athletes from the Highland Games, who are part of the festival, also will be marching and carrying their flags and banners, with the music, colors, language and stories of their ancestors.  Local officials also will be part of the parade including: Mayor Nancy Shaver, City Commissioners and the Royal Family.  Other units include: the 501st Legion (Storm troopers in kilts!), Ghostbusters, pirates and clowns, four pipe and drum corps, two schools of Irish dance, two horse units, and two honor guards.

Parade organizers, Matthew and Chris Fulmer, have been involved in the parade since its second year, and took over as organizers in 2016.  "We want to make this a community event that everyone can enjoy, and we have a really dedicated team working with us to make everything run smoothly," Chris said.  Entrants will be judged in one of three categories: Band, marching unit or float. Prizes will be given for the best in each category.  The reviewing stand is on the balcony of Ann O'Malley's Irish Pub on Orange Street.  Four local restaurants will be hosting the pipes and drums for lunch: Mojo's BBQ, Ann O'Malley's, Barley Republic Public House and Maple Street Biscuit Company.
Posted by Ms. "V" Victoria Thomas Poller at 2:43:00 PM No comments: