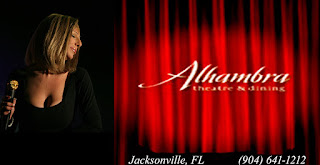 Beginning on April 5 for only five shows, the Alhambra Theatre & Dining continues their 50th Season Celebration with nationally renowned Barbra Streisand Tribute Artist, Sharon Owens.  Mannerisms, vocals, and appearance are the exact duplicate of the famous Barbara Streisand as Sharon opens her show entitled, “An Enchanted Evening with Barbra Streisand.”  Owens will take her audience on a journey through Ms. Streisand’s biggest years – 60s Broadway, 70s Disco, and 80s Films.  You will be captivated them with such favorites as: Don’t Rain on My Parade, The Way We Were, Evergreen, Woman in Love, Somewhere and People.  Attendees will laugh, cry, chuckle and singalong on these songs as Owen’s precise interpretation of the infamous Streisand hits the stage.

If you thought that you heard her sing and saw her dance at the Busch Gardens Main Theater in Tampa Bay Florida – you did!  When she landed a nightclub gig in Los Angeles singing a lone Barbra Streisand song, Sharon Owens didn’t realize at the time that she was to become a pioneer in the music tribute business.  Unlike many of the other impersonators who are “lookalikes.”  Owens didn’t study voice and acting simply to be called a tribute artist. 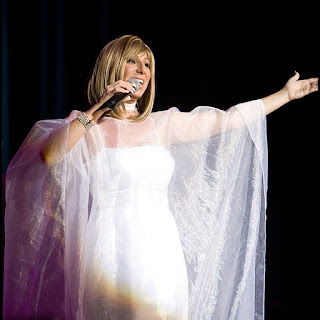 “Imitating Streisand became an acting job,” Owens explains, “So many movies have been made where actors immerse themselves into their movie character and then tell a life story of the real person.  I simply do the same thing, but on stage.”


Soon after starting out as a dynamic mimic of the incomparable Streisand, Ms. Owens began to take the comedy routine more seriously.  She honed her Brooklyn accent, studied Streisand’s intense vocal sounds and spent hours recreating her look with gorgeous gowns.  In the 15 years of her “Streisand career,” she has been featured on Entertainment Tonight, Access Hollywood, Extra, and in People Magazine.  She also starred in a ABC’s reality show, “The Next Best Thing.”  Winning the Fox TV show, “Performing As…” propelled her career. 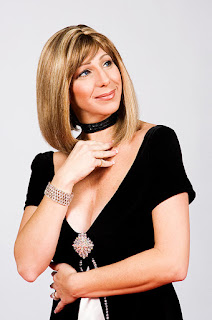 Executive Chef DeJuan Roy will have an exquisite dinner prepared especially for Ms Streisand’s/Owens guests.  If you’re a fan of the Alhambra After Dark concerts, you’ll want to get your tickets before they’re “sold out”, as so many of the other Alhambra shows have been.  Hope to see you there!

TICKETS: Regular pricing for tickets is $64.  Ticket prices include: a plated dinner served to your table, an incredible show and prime parking.  Price does not include gratuity or orders from the bar.

Disney's 'The Little Mermaid' makes a BIG splash in JAX 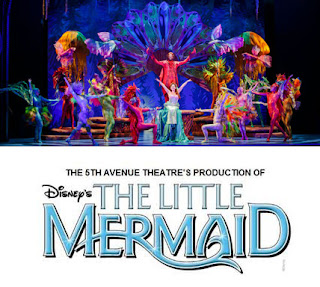 “In a magical kingdom fathoms below, we meet Ariel, the little mermaid, who is tired of flipping her fins and longs to be part of the fascinating world on dry land. Joining her are Sebastian, Ariel’s crabby sidekick; Ursula, the evil sea witch; Triton, King of the Sea and the handsome and human Prince Eric.”  This is only a little part of the story, and the beginning of what’s in store for you during the presentation of “The Little Mermaid” at the Times Union Moran Theatre from now until this Sunday.

So many little girls came in their Little Mermaid costumes; while some mothers, and attendees adorned in blue and green hair promenaded the halls for the annual ‘Family Night on Broadway’.  There was excitement everywhere! 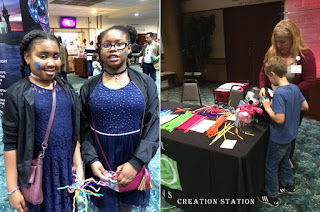 The Choreography is top notch and the cabled flights will remind you of scenes from Peter Pan, but you are right there to witness the thrills of the evening.  Do you remember ‘sneakers with wheels’?  Well, you’ll see some crazy birds glide across the stage (see photo) during this spectacular show.  The live orchestra did not get their just recognition in the playbill, but they did a magnificent job under the direction of Colin R. Freeman.  The music and singing were top-notch and worthy of the Disney name.

It’s amazing how Ariel and the other underwater creatures flex their bodies back-and-forth to represent swimming, nonetheless, they accomplish these moves while saying lines, singing, and flying through the deep-blue ocean air.  Costumes are very vibrant in so many pastel colors.  The scene “Under The Sea” is like viewing a Louisiana Mardi Gras or dancers on the Vegas strip, but you are viewing it on the Times Union stage.

Because of all the changes in characters from the Marquee playbill, this writer cannot give total credit to the proper actors, but I will try to do my best.  On one of the many papers flying around the auditorium (you should stay until the end and see who is going to clean up all the clutter), kudos go out to Dennis O’Bannion whose name was omitted.  Let it be known that all but one of Ariel’s Mersisters also doubled as the Maids; well done ladies. 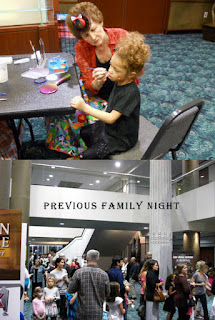 Ariel (Diana Huey) has a stunning operatic-soprano voice that doesn’t allow a body harness to hamper her acting or vocals.  Sebastian (Melvin Abston) stole the show with his lobster-like moves and precise diction.  Besides having a wonderful octopus (minus a couple of tentacles) costume, Ursula (Jennifer Allen) gave a stellar performance with her mean antagonistic self.  All the actors, stage coordinators, manager, director and every assistant that “The Little Mermaid” show uses in putting on this musical, deserve to be recognized.  You don’t want to miss this show.  By far it has to be the most stunning show of the year and maybe of 2016 too.