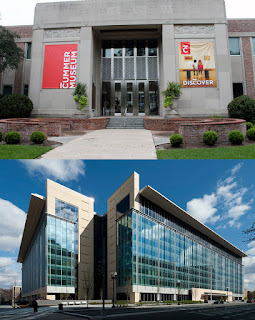 National Endowment for the Arts Chairman Jane Chu has approved more than $82 million to fund local arts projects across the country in the NEA’s second major funding announcement for fiscal year 2017.  Included in this announcement is an Art Works award of $10,000 to the Cummer Museum of Art & Gardens to support the creation and implementation of the exhibition Augusta Savage: Artist-Community-Activist, to be on view in 2018.  The grant also funds the publication and programming associated with the exhibition.  The NEA received 1,728 Art Works applications and will make 1,029 grants ranging from $10,000 to $100,000.

“The arts reflect the vision, energy, and talent of America’s artists and arts organizations,” said NEA Chairman Jane Chu. “The National Endowment for the Arts is proud to support organizations such as the Cummer Museum, in serving their communities by providing excellent and accessible arts experiences.” 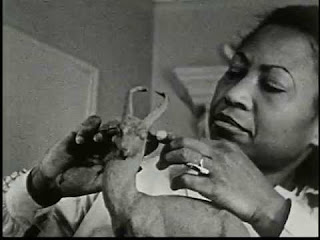 Augusta Savage: Artist-Community-Activist, organized by the Cummer Museum, will focus on Augusta Savage’s lasting legacy as a Harlem Renaissance leader, her art, and her influence on her students.  A gifted sculptor, Savage (1892-1962) became an important teacher, leader, and catalyst for change.  Through this exhibition, the Museum seeks to highlight the artistic, social, and historic impact of Savage who, despite her influential career, is largely under-recognized today. Once the exhibition closes at the Museum, it will travel to four other museums.

“For the past decade, the Cummer Museum of Art & Gardens has passionately championed the legacy of Augusta Savage throughout the state of Florida,” states Cummer Museum Chief Operating Officer & Chief Curator Holly Keris. “Even though her career led her north, Savage was born in relative proximity to our Museum and her passion for sculpture developed in our region.  The Cummer Museum feels this connection deeply, and we are delighted have received this grant from the National Endowment for the Arts. Support of this level adds to the credibility of our institution and the legitimacy to this project.”

To join the Twitter conversation about this announcement, please use #NEASpring17.  For more information on projects included in the NEA grant announcement, go to arts.gov 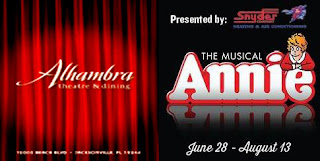 Jacksonville, Florida resident 10-year old Carly Juliana Barnes is cast as the lead in the Alhambra Theatre & Dining’s upcoming production of “Annie”.  Selected from an open casting call of more than 110 girls, Carly is one of two talented young leading ladies that perform as Annie.  She is joined by Jena Simmons of Jupiter, Florida.  A much-celebrated Broadway musical, Annie continues the Alhambra’s 50th Anniversary Season.  For the fourth consecutive season, the Alhambra’s summer family show is sponsored by Snyder Heating & Air Conditioning of JAX, FL. 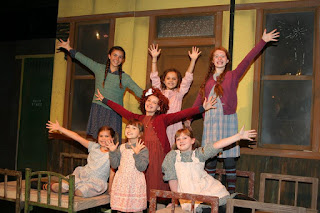 This is an Alhambra debut for both actresses.  Ms. Barnes will split the role 50-50 with Jena Simmons.  Ms. Simmons credits include: Les Misérables and The Musical Adventures of Flat Stanley Jr. at the Maltz Jupiter Theatre.  She also appears on “Investigation Discovery” and various TV commercials for companies including: hhgregg, Chrysler, and Universal Studios.  Other than acting camp at Players by the Sea in Jacksonville Beach, Ms. Barnes is new to live theater.  She does have two short film credits, including: “Innocent Pact,” playing both twins who lost their parents at a young age, and “Starling” in which she played Lucy, a sick child living in the wilderness with her brother and friends.  Barnes attends the Discovery School in Jacksonville Beach, FL. 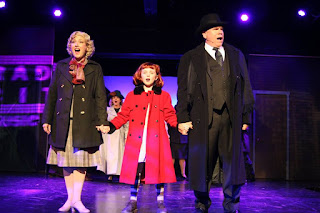 About the show: The girls (Jena Simmons & Carly Juliana Barnes) play an orphan in a facility run by the mean Miss Hannigan and believes her parents left her there by mistake.  When a rich man named Oliver “Daddy” Warbucks decides to let an orphan live at his home to promote his image, Annie is selected.  While Annie gets accustomed to living in Warbucks’ mansion, she still longs to meet her parents.  So Warbucks announces a search for them and a reward, which brings out many frauds – and a touching musical.  “Annie” is based upon the popular Harold Gray comic strip Little Orphan Annie, and the musical's songs "Tomorrow" and "It's the Hard Knock Life" are among its most popular musical numbers.

TICKETS: Prices range from $35 – $62.  Ticket prices include: a plated dinner served to your table, an incredible show and prime parking.  Group sales of 20 + are available upon request.
**Price does NOT include gratuity or orders from the bar**


Having trained under Wolfgang Puck, Eric Ripert, David Burke and Alain Ducasse and educated at the Culinary Institute of America and University of Florida, Elizabeth Arana’s resume impressed the owners of River & Post.  Once they tasted her cooking they were convinced she was the right fit.  Arana will start in July 2017 as the Executive Chef of the soon-to-open Riverside restaurant, which will open in the Fall. 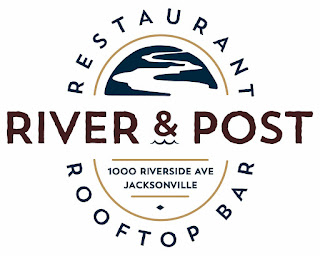 Arana will lead the culinary process for River & Post, initially managing the kitchen design and service processes.  In addition to being responsible for the menu and its preparation, Arana will oversee the entire kitchen staff.  No stranger to executive culinary management, Arana has lead teams at the Alexandria, Provence and Alphabet Kitchen restaurants in New York City as well as working directly under Executive Chef Alain Ducasse at Louis XV in Monaco, France.  Arana has extensive experience in various cooking styles cuisines.  She was featured on the Food Network’s Door Knock Dinners with Gordon Elliot as well as Latina Magazine, The New York Daily News, New York Magazine, Time Out New York and listed in Zagats.

Said General Manager and owner Jeff McCusker of Arana, “Her qualifications spoke for themselves, but what sold us was simply her ability to cook.”  To make a final decision on their Executive Chef selection, McCusker and co-owner Robert Fleckenstein, along with their advisory board, hosted several candidates for a menu tasting.  McCusker stated, “The words that kept repeating themselves among our panel of tasters were ‘captivating,’ ‘thoughtful’ and “inspiring,’ not words typically assigned to food.  When we think of the brand we are trying to create at River & Post, with an incredible rooftop view and a modern vibe, there wasn’t even a second pick.  Elizabeth wowed us all.”

Hiring an Executive Chef was the next big step for River & Post, which began construction in April and plans to open in the fall of 2017. “The vision for River & Post is incredible,” said Arana.  “I cannot wait to come to work and have the view of Jacksonville’s colorful skyline as my office.  We will create something special in Riverside, a true destination restaurant that I am confident will draw from other parts of town as well as other parts of the southeast.  Jacksonville is a growing culinary city, and I want to be on that must-visit list for foodies and people just looking to relax and enjoy a great meal with a great view.”

About River & Post: River & Post is a restaurant and rooftop lounge opening in the fall of 2017.  This upscale casual restaurant will bring a trendy environment, great food and breathtaking river city views to Riverside.  It will be located in the newly renovated Summit building, located at 1000 Riverside, on the corner of Post St.  Jeff McCusker is the managing partner and Bob Fleckenstein is the investing partner.  The menu will be seafood- and steak-focused Southern American cuisine.  The floor plan calls for pet-friendly patio dining space downstairs, as well as being a premier location for meetings and private events.  River and Post will also feature ample parking, a rare commodity in Riverside.
Posted by Ms. "V" Victoria Thomas Poller at 5:31:00 PM No comments: