‘Dancing With The Stars: Live! – Light Up The Night’ in JAX

Following the success of “Dancing with the Stars: Live! – Hot Summer Nights” and the 25th Season of Dancing with the Stars, America’s favorite dance show, produced by BBCWP, is going back on tour across America this winter with “Dancing with the Stars: Live! – Light Up The Night.”  Fans of the show have the opportunity to see the best ballroom dancers in the business perform live in Jacksonville’s Times-Union Center on Saturday, February 17, 2018.  This all-new production showcases every style of dance seen on ABC’s hit show produced by BBC Worldwide Productions, from sizzling salsas to elegant waltzes and high energy group numbers, plus original pieces choreographed by Emmy© winning choreographer Mandy Moore.

For the first time ever, two celebrity finalists will be joining “Dancing with the Stars’” winter tour, “Dancing with the Stars: Live! - Light Up the Night.” Season 25 Mirrorball Champion Jordan Fisher (Hamilton, Grease: Live!) and actor/race car driver Frankie Muniz (Agent Cody Banks, Malcolm in the Middle) will reprise their incredible season 25 performances alongside their professional partners Lindsay Arnold and Witney Carson, coming to Jacksonville’s Times-Union Center February 17, 2018 for one performance only.

Fans who voted Frankie and Jordan all the way into to the finals will now have a chance to see the standout season 25 competitors perform live in their very own hometowns. This all-new production showcases every style of dance seen on ABC’s hit show, produced by BBC Worldwide Productions, from sizzling salsas to elegant waltzes and high energy group numbers, plus original pieces choreographed by Emmy© winning choreographer Mandy Moore. 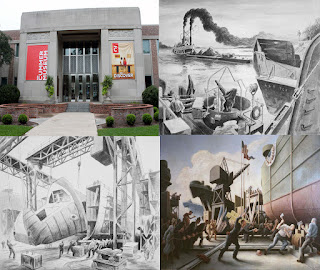 The newest exhibition at the Cummer Museum of Art & Gardens, Thomas Hart Benton and the Navy, will be on view February 16 through June 3, 2018 and will feature a series of 24 paintings and drawings that capture the heroic actions and moments of respite that made up life aboard submarines and around shipyards during World War II.

Benton, one of the more formidable personalities in American art, would have been familiar with such realities having served in the Navy during World War I.  In the 1940s, Benton’s patriotic ardour, which remained a driving force throughout his career, drew the attention of Abbott Laboratories, a leading pharmaceutical company that wound up underwriting the artist’s work throughout the war.  Abbott later donated many of Benton's World War II era images to the United States Naval History and Heritage Command in Washington, D.C., which generously lent them for this exhibition.

The Museum welcomes this exhibition to Jacksonville in the hope of engaging more members of our local military community.  To that end, the Museum will be offering discounted admission rates to military families through the run of the exhibition.  From February 16 through June 3, 2018, any active duty or former military ID holder can utilize the buy-one-get-one-free admission promotion. This is in addition to the already discounted Military entrance fee.


“In light of the current exhibition focus on the Navy, we want to not only invite our local military families to the Museum, but to also support and recognize them for their active role in shaping the Jacksonville community,” states Chief Operating Officer and Chief Curator Holly Keris. “Our military communities not only strengthen the local economy, but add to the diversity of people, thought, and ideas in our local conversation.”


The Cummer Museum of Art & Gardens is honored to be able to bring this exhibition to the people of Jacksonville, and show its support for military families.

It is estimated that the Jacksonville engagement of The Lion King generated an economic benefit of more than $10 million to the city from travel, hotels, restaurants, parking and other businesses patronized by both theatergoers and production staff.  This figure is based upon a Touring Broadway League report which found that, on average, Broadway tours contribute an economic impact 3.52 times the gross ticket sale to the local metropolitan area’s economy.

“Based on our previous experience with the show and its history in other North American cities, we knew that Jacksonville would respond,” said Dr. Milt Russos, executive director of the FSCJ Artist Series/Broadway in Jacksonville. “The response was overwhelming and far exceeded our expectations; we are delighted that so many enjoyed the production. It was an exciting two weeks for Jacksonville and we look forward to further expanding our relationship with Disney Theatricals.”

“We thank the Jacksonville community and our partners at the FSCJ Artist Series and Broadway Across America for another sensational, sold-out engagement,” said Jack Eldon, Vice President, Domestic, Disney Theatrical Productions.  “We are humbled by the enduring and extraordinary audience response and look forward to returning to Jacksonville in the future.”

The show’s director, costume designer and mask co-designer Julie Taymor continues to play an integral part in the show’s ongoing success.  The first woman to win a Tony Award for Direction of a Musical, Taymor has, in recent years, supervised new productions of the show around the world.
Posted by Ms. "V" Victoria Thomas Poller at 3:27:00 PM No comments:

If you missed celebrating Valentine’s Day, you still have time to enjoy some fine music from a notable musician.  The Thrasher-Horne Center welcomes jazz, pop and R&B legend George Benson to its main stage for one magnificent night.  “George Benson is the best guitarist in the world in all kinds of music. Rock, Jazz, Blues – he plays better than anybody else!” – B.B. King 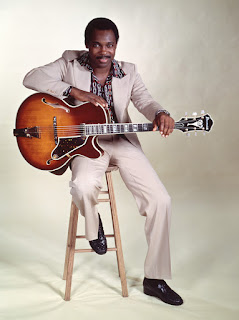 There are legends in the world of music… and then there are icons. Appreciated as both a musician and a performer by millions, George Benson (a little history) has always excelled at the dual role of expert improviser and vibrant entertainer as he has performed with everybody from Miles Davis and Eric Clapton to Stevie Wonder to Carlos Santana.  A guitar virtuoso and vocal sensation for over five decades, George Benson has dominated the Billboard charts in a variety of styles and genres that has never been matched.  Over the span of his illustrious career, George Benson has sold millions of records, performed for hundreds of millions of fans, and cut some of the most beloved jazz and soul tunes in music history.

This guitarist/vocalist is much more than “This Masquerade,” “On Broadway,” “Turn Your Love Around,” and “Give Me the Night.” Benson is a flat-out inspiration, a multi-talented artist who survived an impoverished childhood and molded himself into the first true—and truly successful—jazz/soul crossover artist.  Adored by fans and musicians alike, don’t miss your opportunity to experience the energetic and ever-charming George Benson.
“George Benson Concert”
DATE: Mon. Feb. 19, 2018   TIME: 8 p.m.
LOCATION: The Thasher-Horne Ctr.
St. Johns River State College
283 College Drive
Orange Park, FL 32065

TICKETS: range from $59 - $89 with all fees included, and may be purchased in person, online at THcenter, or by calling (904) 276-6815 between 10 a.m. – 3 p.m., Monday – Friday.  VIP tickets are available for this show.  The Thrasher-Horne Center is a performing arts venue and conference center owned and operated by St. Johns River State College.  It is located on the Orange Park campus at 283 College Drive in Orange Park, Florida.
Posted by Ms. "V" Victoria Thomas Poller at 2:23:00 PM No comments:

Following a five-week season launch in New York City, Alvin Ailey American Dance Theater will continue to grace stages from coast to coast, arriving at Jacksonville’s Times-Union Center for one performance only!

Artistic Director Robert Battle leads Ailey’s 32 extraordinary dancers as they continue the Company’s legacy of using the African-American cultural experience and the American modern dance tradition to uplift, unite, and enlighten. The tour’s expansive repertory – which varies from city to city – includes returning favorites, new productions, and world premieres by some of the freshest choreographic voices in modern dance.

Ailey star Jamar Roberts’ Members Don’t Get Weary is his first world premiere for the Company, which he joined in 2002. Roberts says the work is “a response to the current social landscape in America,” and “takes an abstract look into the notion of one ‘having the blues.’” Set to the powerful music of the legendary jazz saxophonist and composer John Coltrane 50 years after his death, the work aims to allow the audience to momentarily transcend their own personal blues.

Spanish choreographer Gustavo Ramírez Sansano’s work takes the Ailey stage for the first time with his world premiere, Victoria. Spanish for “victory,” the work is a tribute to the triumph of good over evil. Set to an adaptation of Beethoven’s Seventh Symphony by award-winning composer Michael Gordon, Victoria features Sansano’s signature whimsy, theatricality, and physicality. Sansano’s work – hailed for its originality and expressiveness – has appeared on companies around the world, including Nederlands Dans Theater, Compañía Nacional de Danza, Hubbard Street Dance Chicago, Ballet Hispánico, and Atlanta Ballet.

Nearly 60 years after its founding, Alvin Ailey American Dance Theater continues to move forward under the leadership of Robert Battle, revealing once again why it remains one of the world’s most beloved dance companies. Come see why The Huffington Post proclaimed, “If you haven’t seen Alvin Ailey, you haven’t seen dance…the most exciting dance company in the world,” and The Chicago Sun-Times called the Company “more electrifying than ever.” For more information, visit www.alvinailey.org.