The Story of Frankie Valli & The Four Seasons back in JAX

The Tony, Grammy and Olivier Award-winning hit musical JERSEY BOYS, the story of Frankie Valli and The Four Seasons, will play at the Times-Union Center on Tuesday, January 11, 2022.

JERSEY BOYS is the behind-the-music story of Frankie Valli and The Four Seasons. They were just four guys from Jersey, until they sang their very first note. They had a sound nobody had ever heard… and the radio just couldn’t get enough of. But while their harmonies were perfect on stage, off stage it was a very different story – a story that has made them an international sensation all over again. The show features all their hits including “Sherry,” “Big Girls Don’t Cry,” “Oh What A Night,” “Walk Like A Man,” “Can’t Take My Eyes Off You” and “Working My Way Back To You.”

JERSEY BOYS opened in New York on November 6, 2005 and by the time it closed over 11 years later on January 15, 2017, it was the 12th longest running show in Broadway history, passing such original Broadway productions as 42nd Street, Grease, Fiddler on the Roof, and The Producers. JERSEY BOYS returned to New York with a new production in November 2017. The JERSEY BOYS US National Tour opened to rave reviews in San Francisco on December 1, 2006 and is still breaking house records in cities across North America. JERSEY BOYS can also be seen on board the Norwegian Bliss. JERSEY BOYS worldwide has been seen by over 26 million people (as of January 2019).

From his sexy sneer to his gyrating guitar playing, Scot Bruce is one of the world’s finest “Young Elvis” impersonators, while Mike Albert presents a stunningly accurate and respectful portrayal of the latter-day “Vegas” Elvis. Backed by the Big E Band, the two performers will trace Elvis from his rockabilly days to some of his final recordings.

This celebration hits close to home as the most famous live performances in the Florida Theatre’s past or modern history occurred on August 10 and 11, 195, when Elvis Presley, then riding high on the hit singles “Heartbreak Hotel,” “Hound Dog” and “Don’t Be Cruel,” played six shows over two days (read more about these famous shows here). If you love the King of Rock & Roll, you won’t want to miss this experience! 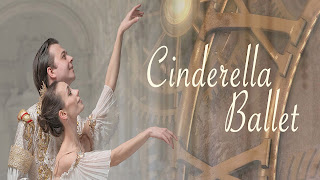 The State Ballet Theatre of Ukraine returns to the United States to present their captivating two-act performance of “Cinderella”, one of the most beloved classic fairy tale stories of all time. The Ballet’s vivid magic comes to Jacksonville’s Times-Union Center on Friday, January 7, 2022. With no fewer than 55 of Ukrainians finest performers, this esteemed ensemble has performed to the delight of audiences worldwide. Set to Sergei Prokofiev's music with Vladimir Vasiliev's choreography, this full-scale production follows the beautiful maiden's story as she seeks her handsome Prince Charming. With the help of a little magic, she discovers that dreams really can come true. Featuring graceful dancers, enchanting music, and beautiful costumes, this classic fairy tale is a treat the whole family will enjoy!

The State Ballet Theater of Ukraine will perform in America and Canada 2021-2022 season! This unique project will provide an opportunity to get acquainted with 55 ballet dancers who represent the highest level of classical ballet art in the world! The company is recognized as one of the most prestigious institutions of classical ballet in Ukraine. It can boast a hugely varied repertoire, carrying the honor and task to preserve the great Ukrainian dances' precious heritage. A part of the company’s collection has always been the great masterpieces of classical ballet, from “Sylphide” by Bournonville, to “Giselle” by Adam, “Don Quixote” and “La Bayadère” by Minkus, “Sleeping Beauty,” “The Nutcracker” and “Swan Lake” by Tchaikovsky, "Cinderella" by Prokofiev to the various twentieth-century ballets by Stravinsky, Falla, and Shchedrin. The ballet company consists of the best performers, graduates of prestigious Ukrainian and world choreography schools. Many talented artists have danced with The State Ballet Theater company in different periods, and many have been soloists in major international companies. Due to the many tours worldwide, The State Ballet Theater of Ukraine has earned a first-class international reputation.