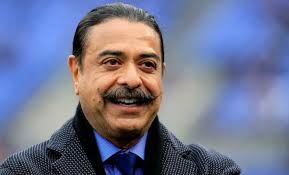 The Museum of Science & History (MOSH) has announced that Shahid Khan, owner of the Jacksonville Jaguars, and his family have committed an initial $5 million gift to the MOSH Genesis capital campaign — representing the largest private donation to the campaign to date.

Khan praised the Museum’s proposal to build a new museum on the Shipyards property shortly after it was publicly announced on October 15. In a previous statement, he said he was “all in” on the Museum’s plans, and that the new museum “would be a spectacular addition to Downtown Jacksonville.” This gift reinforces Khan’s efforts to bring new development to the region, complementing his vision for Lot J to create a thriving sports and entertainment district surrounding TIAA Bank Field.

“The best downtown districts in the United States include urban parkland and cultural destinations, and we can have that here in Jacksonville with the Museum of Science and History anchoring a new riverfront park,” said Khan. “I’m hoping my contribution to the capital campaign will spark additional commitment from throughout the region so we can get started on a new downtown. I am confident it will, because I know I’m not the only person in Jax who believes it’s time to finally meet and even exceed our potential.”

The Museum announced the launch of its capital campaign in March 2019, with the goal of raising $20 million in community support from individuals, businesses and corporations, foundations and other community stakeholders. Originally called MOSH 2.0, the campaign has since been retitled MOSH Genesis to reflect a new beginning for the Museum as it casts a bolder vision for the institution, as well as the City of Jacksonville.

“MOSH would like to express our sincere thanks to Shahid Khan and his family for committing to this remarkable investment in MOSH Genesis. This gift will not only propel the project forward, but serve as a wonderful example to others,” said Bruce Fafard, CEO of MOSH. “We appreciate the leadership role that Mr. Khan is taking to make Jacksonville a better place to live, work, and play.”

About MOSH: The Museum of Science & History (MOSH) is located at 1025 Museum Circle near Friendship Park. MOSH, first chartered in 1941, inspires the joy of lifelong learning by bringing to life the sciences and regional history. Admission is $15 for adults; $12 for youth, students, active and retired military and seniors. There is no admission fee for children two and under or Museum members. Learn more at themosh.org.