Ariana Grande has added JAX to her tour 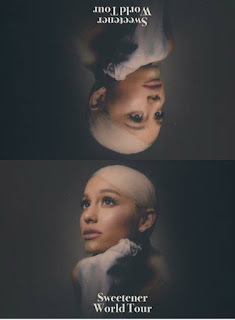 Due to overwhelming fan demand, multi-platinum, record-breaking superstar Ariana Grande has announced additional North American dates to “The Sweetener World Tour”.  Produced by Live Nation, the renowned tour adds 19 dates including new stops in New York, Los Angeles, Dallas, and Jacksonville at VyStar Veterans Memorial Arena on December 1st.  The tour kicked off earlier this year at Times Union Center in Albany, NY and has been met with a huge fan reception and critical praise.

Also returning is the exclusive reserved ticket offer for T-Mobile customers, which saves fans the best tickets at every concert, as close as any fan can get to the stage.  Fans can get tickets 30-days prior to every show in the U.S., including already sold-out stops. Tickets are limited.  For tickets and more information, visit T-Mobile Music and follow #ArianaWithUs on Twitter.

General on sale will be available on Monday, July 1st at 10:00am local time and will be available at the Tom Bush Family of Dealerships Box Offices located at VyStar Veterans Memorial Arena.  Fans can check HERE for full detailed itinerary.  All dates, venues and cities listed are subject to change.

2018 marked yet another historic year for Grande.  She concluded a banner twelve months with the distinction of being named Billboard’s “Woman of the Year” and receiving a pair of GRAMMY® Award nominations in the categories of “Best Pop Vocal Album” for her latest album Sweetener (Get Sweetener HERE).and “Best Pop Solo Performance” for “God Is A Woman.”  Simultaneously, her recent single “thank u, next” bowed at #1 on the Billboard Hot 100 and smashed the record for “Most Spotify Streams for a Song By A Female Artist in a Single Week.”
Ariana Grande
“The Sweetener World Tour”