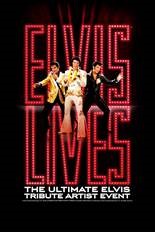 On Stage Touring LLC, in association with Elvis Presley Enterprises Inc. (EPE), is proud to announce the national hit theatrical "Elvis Lives" which will be presented in Jacksonville at the Times-Union Center.  The show was last in Jacksonville, Florida on Saturday, January 28, 2012 and the reviews were fabulous.  Grab some tickets if you missed the last show.

Elvis Lives, which keeps on capturing the imaginations and interests of fans of all types including Broadway, concert and Elvis aficionados, is an unforgettable multimedia and live musical journey across Elvis' life featuring winners from Elvis Presley Enterprises' annual worldwide Ultimate Elvis Tribute Artist Contest, each representing Elvis during different stages in his career. The Elvis tribute artists will be joined by a live band, backup singers and dancers, along with an Ann-Margret tribute artist as well as iconic imagery made available from the Graceland tribute artists in the world.  These talented performers really capture the spirit archives which include an exhibit of life-size images of Elvis’ stage wear that will be on display at the Times-Union Center.

About the Group: The high-energy show features Ultimate winners Bill Cherry,
Dean Z and Jay Dupuis, 2009, 2013 and 2014 respectively, as the principle cast for the winter/spring production of Elvis Lives.  Bill Cherry last appeared at the Times Union Center, Moran Theater in 2012.

“We are very pleased that "Elvis Lives" continues to delight audiences all over the nation and that Elvis fans will be given the opportunity to see these talented entertainers.  We hope to see winners from the Ultimate Elvis Tribute Artist Contest starring in Elvis Lives for years to come,” said Kevin Kern, Director of Public Relations for EPE.

“We are excited to be working with some of the most exceptional of the King of Rock N’ Roll while evoking the sensation of being there with Elvis as he journeys through his musical career,” stated Elliot Ordower, Producer for On Stage Touring. “Elvis Lives is truly a dynamic and family-friendly production.”

Patrons will enjoy a cultural feast for the eyes and the appetite at this Black-Tie event with entertainment from the Jacksonville University Musical Theatre and will include cocktails, dinner, and a silent auction of Museum programs (that attendees can underwrite).  “This event is our annual fundraiser to help bring Beaches and St. Johns County students to the Museum for school tours and education,” said Becky Johnson, President of Cummer Beaches.

The mission of Cummer Beaches is to support the Cummer Museum of Art & Gardens and enhance the membership experience for beaches residents. Cummer Beaches encourages interest in and support for the artistic and cultural significance of the Museum; raises funds for the overall mission of the Museum, specifically children’s educational field trip visits; and invites members to participate in various activities that connect them with other art and garden enthusiasts in the Beaches area.

For more than 50 years, the Cummer Museum of Art & Gardens has been committed to engaging and inspiring through the arts, gardens, and education. A permanent collection of more than 5,000 objects and historic gardens on a riverfront campus offers more than 165,000 annual visitors a truly unique experience on the First Coast. Nationally-recognized education programs serve adults and children of all abilities.

Email ThisBlogThis!Share to TwitterShare to FacebookShare to Pinterest
Labels: A Night at the Museum, Cummer Museum, Fundraiser, Gala 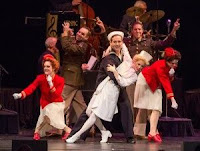