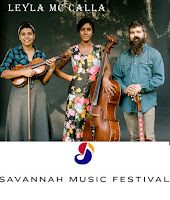 It’s almost time for Spring Break and time to make plans to enjoy your time off.  In early spring, Savannah’s historic district serves as the backdrop for the extensive concerts, recitals, dance parties, film and dance productions of Georgia’s largest musical arts event.  The Savannah Music Festival (SMF) is an annual 17-day celebration incorporating a carefully curated schedule of popular, folk, traditional, serious and studied music, all performed by renowned artists from across the globe.  Known for its intimate venues, devotion to artistic excellence and high production values, SMF also fosters the creation of new work and artistic collaborations.

Jazz and classical music are again at the forefront of SMF programming, encompassing the majority of fine art at this year’s festival.  However, two distinctive dance productions are also part of the 2017 lineup, including Ballet Collective’s What Comes Next and Argentinian dance ensemble Che Malambo.  SMF’s critically-acclaimed chamber music series is led for the 14th season by violinist and associate artistic director Daniel Hope, who brings his musical friends and colleagues from across North America and Europe for nearly three weeks of original productions. The return of SMF’s Piano Showdown highlights what Jelly Roll Morton called “the Spanish tinge,” with Cuban virtuoso Chucho Valdés, Panamanian star Danilo Pérez and SMF Associate Artistic Director Marcus Roberts.  This is a small sample, please see complete lineup here. 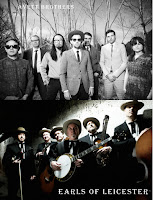 
The 7th Annual St. Augustine Celtic Music & Heritage Festival will feature national Celtic bands Emish and Seven Nations on the main stage, along with other international bands.  The festival was voted the Best Festival in St. Augustine and was the 2016 winner of Jacksonville's Bold City Best Concert/Event. 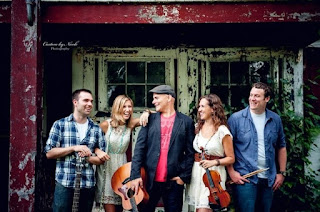 Emish: Back for the second year in a row due to popular demand, New York natives, Emish, have forged their own Americana folk rock sound.  This independent, power-folk band initially found success in a grassroots manner. Supported by their dedicated fan base, Emish has repeatedly been voted the "Best Band of the Hudson Valley." The band will perform both Saturday and Sunday, March 11-12.

Front-man Bobby Curreri has been named the "Best Singer/Songwriter" for the past two consecutive years. Since its inception in 2005, the group has grown to include support from the national stage as well.  The band's high energy, live performances and distinct sound have catapulted Emish to be a sought-out headlining act at major festivals and concerts across the U.S., including the likes of Mandalay Bay in Las Vegas, Folk & Irish festivals, as well as the more intimate setting of theaters or small concert settings.  Band members include: Christy Halligan Brown on fiddle and backup vocals; Bobby Curreri on guitar, vocals, and flame thrower; Jennifer Curreri on flute, vocals, trumpet, and whistles; and Andrew Hulle on drums and percussion; and Mitch Sumner on bass. 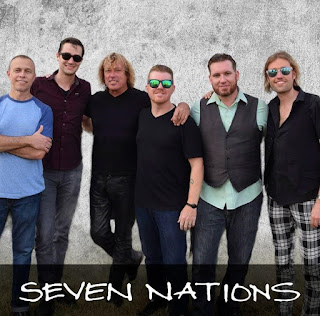 Seven Nations will bring dance and fusion Celtic-rock to the main stage on Saturday and Sunday, March 11-12.  The group's name refers to the seven original Celtic nations of Scotland, Ireland, Wales, Cornwall, Galecia, Isle of Man, and Brittany.  With a passionate, tender, and rollicking style that winningly veers from roots and folk to dance and fusion-rock, Seven Nations has earned a growing reputation as an adventurous band with a charismatic stage presence.

Featured on PBS and CNN, the band began in 1993 in New York City with a standard line-up of drums, guitars, and bass. Seven Nations is now based out of Orlando. The band has been touring full-time since 1994 with successful stops in Europe, Canada, Puerto Rico, and virtually every state in the U.S.  Throw away any preconceived notions you may have about Celtic music. This is a band that has invented its own sound and attracted a prodigious national and international following.

Rhythm In The Night: The Irish Dance Spectacular in OP

Experience “Rhythm in the Night: The Irish Dance Spectacular,” as it comes to the Thrasher-Horne Center this Spring for 'The Celebration Tour'!  One of the fastest growing Irish dance shows in the country, it is now on its fourth consecutive U.S. tour and garnering raves from critics and audiences alike.  The world-renowned Irish dance troupe performs lighting fast hard shoe rhythms and graceful soft shoe jigs to an orchestral soundtrack, while lighting ignites the stage into an explosive display of dance and music. Strength, agility and precision formulate the fast-paced and breathtaking experience on stage as the cast performs to the heart-pounding and fluid symphonic music that has enthralled audiences all across North America!

This 110-minute show re-imagines traditional Irish dance to take the audience on an exciting journey of a fallen hero and his rise to redemption.  Led by former Michael Flatley’s Lord of the Dance lead dancer Justin Boros, the accomplished cast featuring 20 of the world’s most skilled Irish dancers and musicians brings the inspiring story of love and salvation to life against a backdrop of ancient ruins that transports the audience to another time and place, where the imagination unfolds. 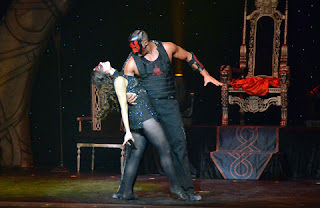 About the Plot: Darkness has fallen across the land.  Evil has taken the unsuspecting kingdom by surprise. Deception now reigns and temptation has rivaled the strongest of wills. The evil sorceress Azura has trapped the legendary hero Balor under her spell to command her legion of relentless henchmen. Unable to free himself, hope remains lost for all those in the kingdom…until now.

In a final attempt to rescue their leader, the people have called upon Balor's loving companion Aisling along with his younger brother Solas and their knights to release Balor from Azura's control and restore peace to the divided kingdom. As the storm rolls in and the lightning crashes, will redemption rise from the shadows or will evil prevail in the legend that has come to be known as “Rhythm in the Night”.

Emmet Cahill releases new CD and back in St. Augustine 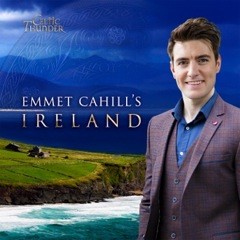 Emmet Cahill was last seen in Florida on Saturday, March 12, 2016 at the St. Augustine Celtic Music & Heritage Festival.  Now, Legacy Recordings, the catalog division of Sony Music Entertainment, announces the release of Celtic Thunder presents “Emmet Cahill’s Ireland”—a collection of Irish classics that have been passed down from generation to generation.  The compilation is sung by celebrated Irish tenor, and comes out on Friday, February 24, 2017

“Emmet Cahill’s Ireland” is Cahill’s interpretation of traditional Irish songs that live on, passed down from generation to generation.  Cahill says, “Storytelling is truly the hallmark of our identity and a deep part of our heritage enshrining both pride in our past, joy in the present and our hopes for the future.” When asked about his album Cahill says, “I feel honored to follow in the footsteps of great Irish singers of the past like Count John McCormack, Josef Locke and Frank Patterson and to be given the opportunity of imparting these stories to a new generation.”

The classically trained Cahill is best known as a featured performer in the renowned Irish music show Celtic Thunder.  Cahill has toured and recorded with Celtic Thunder for the past six years, with three #1 albums and thousands of shows under his belt.  Cahill has been called “the heir apparent to John McCormack,” the legendary Irish singer who performed many of the country’s treasures, including “It’s A Long Way to Tipperary.”