If your child were abducted in July 1998 (some 18 years ago,) and that child was recently found; as parents and as the almost grown child, what would you do and how would you react?  Kamiyak Mobley (renamed Aexis Manigo) was taken from the University Medical Center (now UF Health Shands JAX) maternity ward by a woman dressed up as a nurse (See story here).

Found on Friday, January 13, 2017, Kamiyah is not holding any ill-will towards her abductor (Gloria Williams), whom she has known as “Mother” all this time.  The young teenager was also happily reunited in SC with her birth parents (Shanara Mobley and Craig Aiken), on Saturday Jan. 14th. 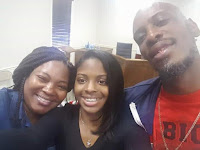 Kamiyak visited the incarcerated Williams on that Friday and made this statement according to Moberly’s Facebook page and a Daily News report which stated, “She raised me with everything I needed and most of all everything I wanted,” Mobley wrote. “My mother is no felon. The ignorant ones won’t understand that.”  Williams had reportedly suffered a miscarriage about a week before she drove from South Carolina to the Florida hospital, where she allegedly snatched the newborn, according to Walterboro Live.

There remains so many unresolved issues and so many emotions, yet the questions that remain unanswered are: What will be the outcome of all parties concerned?  How will each person live their life from this point forward?  And finally: What would you have done?
Posted by Ms. "V" Victoria Thomas Poller at 2:24:00 PM No comments:

You don’t want to gamble - there are only a few seats left.  Grammy Award-winning superstar and Country Music Hall of Fame member “Kenny Rogers” has enjoyed great success during his storied career of nearly six decades, which will be celebrated during his “Final World Tour: The Gambler’s Last Deal” with special guest Linda Davis.  The tour will be playing Northeast Florida at the Thrasher-Horne Center in Orange Park.


The enduring country and pop icon has endeared music lovers around the globe with his amazing songs, heartfelt performances, distinctive voice, gift for storytelling and universal appeal. The first country artist to consistently sell out arenas, Rogers has played to millions of fans around the world, performing songs from his long list of hits which comprise 24 Number Ones including: “The Gambler,” “Lucille,” “Coward of the County,” “Lady,” “Islands in the Stream,” “She Believes In Me,” “We’ve Got Tonight,” “Daytime Friends,” “Through The Years,” “You Decorated My Life,” and “Buy Me A Rose.” 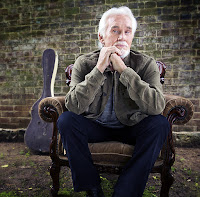 Incredibly, Rogers has charted a record within each of the last seven decades. He has sold more than 120 million albums worldwide, making him one of the Top Ten Best Selling Male Solo Artists of All Time, according to the RIAA. Rogers has won many awards for his music and charity work, including three GRAMMY Awards, 19 American Music Awards, 11 People’s Choice Awards, eight Academy of Country Music Awards and six Country Music Association Awards, including the CMA Lifetime Achievement Award in 2013. Rogers was inducted into the Country Music Hall of Fame in 2013. In 2015, Rogers was awarded the CMT Artist of a Lifetime Award and in 2016, he received the Tony Martell Lifetime Entertainment Achievement Award from the TJ Martell Foundation.  Check HERE to find the tour coming to a town near you.

'Academic Splendor' comes to the Cummer Museum of Art & Gardens


The Cummer Museum of Art & Gardens’ newest exhibition Academic Splendor: Nineteenth- Century Masterworks from the Dahesh Museum of Art, will be on display January 27 through April 16, 2017.  More than 40 stunning paintings and sculptures will tell the story of a century that tried to balance deep-rooted artistic traditions while creating new ones. “We are thrilled to welcome such a world-class collection to Jacksonville” says Holly Keris, Chief Operating Officer & Chief Curator. 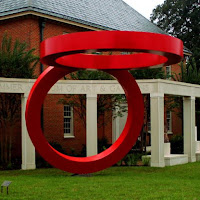 In the 19th century, Paris was the center of academic art, and home of the French Academy, which ran the premier art school – the École des Beaux-Arts. The Academy also oversaw the official exhibition known as the “Salon”, one of the most attended cultural event in the city. By following the Academy’s path, artists gained entry into a world of fame, awards, and commissions. Some of the best-known artists to emerge from the Academy system include Jean-Léon Gérôme (1824-1904), Alexandre Cabanel (1823-1889), and William-Adolphe Bouguereau (1825-1904).

The Museum welcomes visitors to view Academic Splendor and experience premier examples of European art from the 19th century.

'Riverdance' comes back to JAX for five exciting shows


Back by popular demand, “Riverdance - The 20th Anniversary World Tour” is coming to Jacksonville’s Times-Union Center January 27-29, 2017 for five performances only.  The tour is celebrating an extraordinary milestone for an incredible show, as it makes stops in over 60 North American cities.

“Riverdance - The 20th Anniversary World Tour,” composed by Bill Whelan, produced by Moya Doherty and directed by John McColgan, is currently celebrating a sold out, critically acclaimed run across Europe and Asia and will return to North America in January 2017. To mark the eagerly awaited return of the show to North America, ending a four-year absence, “Riverdance - The 20th Anniversary World Tour” features new costumes, new lighting, new projections and the addition of a brand-new number, “Anna Livia,” featuring the female members of the Irish dance troupe in an acapella hard-shoe number.

“Riverdance - The 20th Anniversary World Tour” is an innovative and exciting blend of dance, music and song. Drawing on Irish traditions, the combined talents of the performers propel Irish dancing and music into the present day, capturing the imagination of audiences across all ages and cultures.  “Riverdance - The 20th Anniversary World Tour” has set design by Robert Ballagh, lighting design by John Comiskey, costume design by Joan Bergin and sound design by Michael O’Gorman. 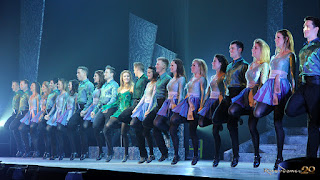 Some interesting facts about 20 Years of Riverdance: With its fusion of Irish and International music and dance, the show broke all box office records during its world première run in Dublin in early 1995. When the show transferred to London in June of that year, the reaction was unprecedented, with the original 10 performances being increased to 151 in subsequent months. There followed a hugely successful tour starting in New York in March 1996, where 8 sold-out shows at Radio City Music Hall heralded the start of 16 years of non-stop touring by Riverdance companies throughout North America. Since its inception Riverdance has packed theatres throughout North America, Oceania, Asia, Europe, South Africa and most recently South America.

For a complete list of tour engagements and ticket information for the North American tour cities, please visit their website.