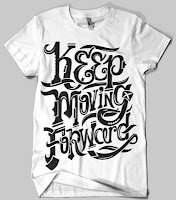 …I continued to keep myself encouraged with positive Christian music from past and present artists. The Rev. James Cleveland, Andrea Crouch, Carmen (“Step of Faith”) and the Brooklyn Tabernacle Choir were among a few of the artists whose music I chose to feed my spirit. I thought about the good things that God did in the lyrics of these songs. I pondered how God desired to bless His people and how His people praised His name because of His love and mercy. I began to think, “Now here are some now-a-day folks who have experienced God’s blessings; why would they write and sing about God’s goodness if they never experienced, first-hand, what God could and would do for them? God had come through for these people. So, if God is no respecter of persons (Acts 10:34), then what He did for them (and they sing about it), He can do the same and even greater things (John 5:20, 14:12), for me and also through me. At one time, I wondered if God really did all the many wonderful things that people wrote and sang about. Then I realized that these different artists wouldn’t be singing God’s praises unless what they sang about had really happen to them in their lives. They weren’t singing about what God did in someone else’s life, but what He did in their lives. I may not have been blessed to sing about what God can and will do, but I can write about it.

Meanwhile, God was still talking to me, and we would have a spiritual dialogue called prayer. I continued to receive inspirations for this book, not on a daily basis, but quite often. Remember, I did have a choice. I could have turned God off and refused to write down our encounters because of the situation that I was living through, but I chose to give Him the glory. I cast the situation upon Him. I know He cares and He will deliver me out of them (difficult or heartbreaking situations) all: Ps. 107:6 “Then they cried unto the Lord in their trouble, and He delivered them out of their distresses.”…

Ms. “V” WELCOMES ALL the new cities and countries to the site.