Famed vocal superstars "Il Divo" (Spain’s Carlos Marin, America’s David Miller, France’s Sebastien Izambard, and Switzerland’s Urs Buhler) announce the U.S. leg of their “For Once In My Life Tour.” The tour will feature a dynamic live show celebrating Motown and filled with Il Divo’s hits from their vast catalog of songs with an incredible stage production.Produced by Nederlander Concerts, the 15-city U.S. leg will kick off August 12th at the San Jose Center for the Performing Arts and stop at the Florida Theatre on Sunday, August 29, 2021 at 7 p.m. For once in my life: a celebration of Motown (decca gold) is set to release on July 16th.

“We are beyond excited to be creating a brand-new world tour centered around our new album “For Once In My Life”. We have spent the last two years creating this album, which pays tribute to some of the greatest music in American pop-culture.  And now, to finally be able to present our versions of these great songs to the world, and to get back onstage and sing them for live audiences... well it makes us feel very emotional.  We have very much missed performing together and enjoying the connection with our audiences and our fans. We just can’t wait for opening night,” said David Miller, Il Divo.

The tour supports their 10th studio album, For Once In My Life: A Celebration Of Motown (Decca Gold), set for release on July 16th. Il Divo’s celebratory collection of Motown classics include their distinctive take on chart-topping songs such as “I’ll Be There” (The Jackson 5), “For Once In My Life” (Stevie Wonder), and “Say You, Say Me” (Lionel Richie). Additionally, the quartet introduce brand new collaborations with superstar group Boyz II Men (“I’ll Make Love To You”), the legendary Smokey Robinson (“The Tracks Of My Tears”) and the peerless vocals of singer/songwriter Marvin Gaye (“Aint No Mountain High Enough”). The 10-track album truly showcases the quartet’s incredible vocal talents as they pay tribute to the legendary artists and label that has been a part of the musical fabric of America and the world for over 60 years. You can pre-order the album here.

Il Divo is the most commercially successful classical crossover group in international music history, which Il Divo still enjoys since they first banded together in 2003. With over 30 million albums sold, 160 gold and platinum albums in 33 countries to their credit Il Divo were the first Classical Crossover artists to have an album debut at #1 on Billboard’s Top 200 chart.

Email ThisBlogThis!Share to TwitterShare to FacebookShare to Pinterest
Labels: Florida Theatre, For Once In My Life, IL Divo, Motown, Tour

The Florida Theatre is pleased to welcome comedian and singer “Randy Rainbow” who hits the road with his new Pink Glasses Tour beginning August 27, 2021, in Clearwater, FL. followed by an evening in JAX. A list of upcoming dates is shown below.

Following the recent rave reviews for Rainbow's last tour– the 2x Emmy nominated producer, actor, singer, and show-stopping performer will be crossing the U.S. once more.  The show will feature his classic parodies and new hits, and some surprises in his inimitable style.

About Randy Rainbow: Randy is a two-time EMMY® nominated American comedian, producer, actor, singer, writer, and satirist best known for his popular YouTube series, The Randy Rainbow Show. His musical parodies and political spoofs have garnered him worldwide acclaim and two EMMY® nominations for Outstanding Short Form Variety Series.  His first viral video of 2020 was called "The Funniest Trump Roast Ever" by Funny or Die, and his subsequent viral parodies like "Social Distance" and "A Spoonful of Clorox" (described as "perfect" by John Legend) have been viewed by tens of millions. His fresh take on politics and current events has led to interviews and profiles by such venerable media outlets as The Washington Post (magazine cover story), The Hollywood Reporter, CNN, NPR, ABC News, OUT, People, and Entertainment Weekly. Rainbow (yes, that's his real name) enjoys a star-studded fan base that regularly retweets and shares his work. Some notable admirers include: Ryan Reynolds, Carol Burnett, Josh Gad, Debra Messing, Sharon Stone, Alan Menken, Don Lemon, George Takei, Mark Hamill, Hillary Clinton, Stephen Sondheim, Melissa McCarthy, Jane Lynch, Ana Navarro, Barry Manilow, Ben Stiller, Sarah Silverman, Julie Andrews, Rosie O'Donnell, Martin Short, Lin-Manuel Miranda, and Steve Martin. Rainbow was recently featured as a guest lead opposite Molly Shannon on the fourth season of FX's comedy-drama series "Better Things." He has hosted and performed in numerous theatrical events for the Broadway, cabaret, and LGBTQ communities, as well as for the TONY® Awards. He starred in New York City Center's Encores production of "Call Me Madam" and headlined the New York Comedy Festival at the Beacon Theatre to a sold-out crowd. As The Washington Post noted, Randy Rainbow has found his own spotlight through the Internet, emerging as a viral sensation who dispenses musical-comedy salve for a divided nation.

The Florida Theatre is pleased to announce the return of its annual fundraiser party “Blues, Brews and BBQ” which is downtown’s best indoor picnic, pairing some of Jacksonville’s favorite local craft beers with some of the city’s best locally-owned BBQ restaurants. Enjoy wings, pulled pork, smoked brisket and more with unlimited samples of some of Jacksonville’s favorite craft beer, as well as live continuous blues music featuring The Snacks Blues Band and Beale Street.A limited number of VIP tickets are $120, and include early access at 4:30 p.m. where VIP ticket holders will experience tastings from Manifest Distilling and passed food samples. Also included in the VIP experience is valet parking, VIP lounge access throughout the night with a private bar and restrooms and a VIP swag bag.

BBQ samples will be located throughout the Theatre in both the main and mezzanine lobby areas. This year’s BBQ providers include The Butt Hutt, Bono’s Pit Bar-B-Q, Wicked Barley Brewing Company, Monroe’s Smokehouse Bar-B-Q, Seven Bridges Grille & Brewery and more to be announced.

Summertime at the Cummer Museum in JAX 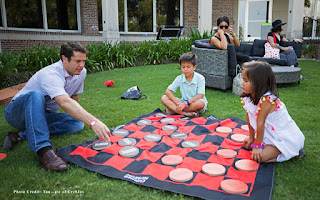 What a wonderful time to visit the Cummer Museum of Arts & Gardens. It’s time to get out of the house and enjoy time with in a unique atmosphere. Come on down to the Cummer.

Free Friday Nights: July 2 through Sept. 3, 2021from 4 to 9 p.m., presented by PNC Bank. Bring a friend, a date, or the whole family to experience art, culture and community this Summer at the Cummer! Come take a moment in their beautiful backyard (aka the Cummer Gardens), and enjoy live music, art experiences, lawn games and more. Visitors will also be able to purchase food and beverages, including beer, wine, and cocktails. Additional programming and activities also will be available for purchase. Advance Registration encouraged, but not required. Like to plan ahead? Pre-order a picnic from the Cummer Café and have dinner and dessert ready for pick up when you arrive. Click here to select your date. Free!

“Promoting the arts and education is a core value at PNC, and given that the Cummer Museum of Art & Gardens is one of the great and largest cultural resources in Northeast Florida, it’s a win-win,” said Brian Bucher, PNC regional president of North Florida. “Free Fridays provides access to quality, visual art experiences, while supporting the cultural vitality of this region.”

“Our annual Summer at the Cummer gives everyone another reason to love Fridays, and we could not be more excited to welcome our community back for a welcomed and much-needed summer of fun and friendship,” said Andrea Barnwell Brownlee, PhD, the Cummer Museum’s George W. and Kathleen I. Gibbs director & chief executive officer. “We are grateful to PNC Bank for once again sponsoring this annual tradition with free admission for all.”

Education:
Art Connection Activity Saturday July 10 from11 a.m. to 2 p.m. Drop in for a fun activity. Free with Museum admission.

Studio on the Go: Drop-in Art Making Activity: Sunday, July 18 from 2 to 4 p.m. Art in the Landscape. Free with Museum admission.

Miniature Canvas with Allison Watson: July 31 and August 1, two days from 12 to 4 p.m., each day. An introduction to painting on small canvases. Members $125, Non-Members $155. Registration required.

Cummer Shop: Visit them at the Museum, or from the comfort of home through their online shop. Cool, comfy, and exclusively Cummer! These new shirts are perfect for celebrating all that is summer. Coordinating Summer At The Cummer items include ball caps, hoodies, and more. 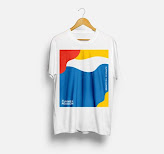 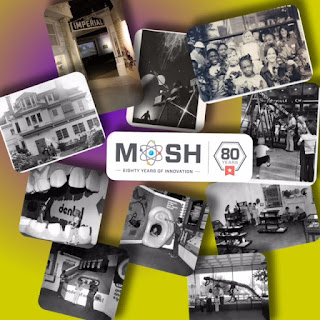 The Museum of Science & History (MOSH) is celebrating 80 years of curiosity and learning here on the First Coast. This civic institution will celebrate with special events and discounts throughout the coming year. Since its inception in 1941, MOSH has been at the forefront of science, education and fun for River City residents and guests of all ages.

To celebrate its anniversary, the Museum will present community programs throughout the year, including a special 80 years of history tour within the Museum; $8 admission on August 8 (8/8/21); the launch of a new Museum by Moonlight event series on Friday September 17, in conjunction with the opening of Da Vinci Machines & Robotics exhibition; and the MOSH GALAxy fundraiser event on April 30, 2022.

“Eighty years is quite an accomplishment for any establishment,” said Bruce Fafard, CEO of MOSH. “The Museum has been a beacon for innovation and lifelong learning, and will continue to serve curious minds for years to come. We are delighted to celebrate this milestone as we look ahead to what MOSH will be for the next eighty years. We look forward to inviting the community to join in our celebration over the coming year.”

Throughout its history, MOSH has made bold moves to serve the public. In 1948, the Jacksonville Children’s Museum (the Museum’s original name) moved into its first permanent location, a Victorian home in Riverside. In 1969, it relocated to its current home at 1025 Museum Circle on the Southbank of the St. Johns River. In 1988, the Museum was officially rebranded as the Museum of Science & History — expanding its mission to serve more members of the community. And in 2020, the Museum announced its intent to build a new structure on the Northbank of Downtown Jacksonville.

The community can join the celebration by sharing their favorite MOSH experiences on social media with the tag #MOSHMemories, becoming a member, donating to the Museum or volunteering. For more information, visit themosh.org.

About The Museum of Science & History (MOSH): The Museum of Science & History (MOSH) is located at 1025 Museum Circle near Friendship Park. MOSH, first chartered in 1941, inspires the joy of lifelong learning by bringing to life the sciences and regional history. Admission is $15.95 for adults; $12.95 for youth, students, active and retired military and seniors. There is no admission fee for children 2 and under or Museum members.