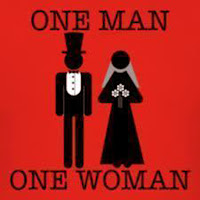 Is it a wonder that you don’t see two dogs of the same sex trying to get it on together, or any animal trying to have sex with their same sex?  God did not intend for same sexes to come together in an unnatural relationship.  The intercourse between two males or two females will never reproduce an offspring.  Then why does man, who is higher than the animals, become gender confused with homosexuality and heterosexuality.s

Man, who has intelligence that is superior to the animal species, has gender-disorder problems.  Man, the same creature that God made a little lower than the angels (Ps. 8:4-5) has a problem.  God didn’t put confusion of gender in this world, so who did?  God knew what He created when He created man and woman: “So God created man in his own image, in the image of God created he him; male and female created he them” (Gen. 1:27).  God is not confused and neither should man be.

Whether original sin, mortal sin, venial sin, or near-occasion of sin; it’s all sin.  Sin has no classification or degree according to the Bible.  It is a perpetration (a crime committed) against any law of God.  When we sin, we fall from God’s graces.  But there is hope and forgiveness in the confession of our sins, and repentance for those sins.  It’s not about just saying we’re sorry for the moment, and then committing that same sin over and over again, but being whole-heartily sorry and then trying, with the help of God, not to commit that sin again.

To read more about this subject, please see blog: “Transgender: confusion or controversy”?

Also to read similar posts – Get the Book:
“Where Did That Come From?” by Ms. "V" (Victoria Thomas Poller)

Ms. “V” WELCOMES ALL the new countries to her site.   ***To be notified of biweekly highlights, click the “Join This Site” button above***
Posted by Ms. "V" Victoria Thomas Poller at 8:29:00 PM No comments: