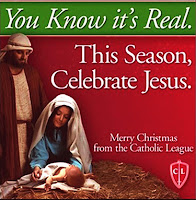 The man in the red and while suit is really a ‘scapegoat’ if you look at the myth for what it really is.  A parent promises a child something and later the parent is unable to supply the child’s desires, so the parent blames the ‘lack of something’, on Santa.  If the parent fails to be able to deliver, then blaming Santa, still makes the parent looks good in the eyes of the child.  The parent says, “It was Santa’s fault that Rudo didn’t get his particular toy”, that’s nothing but a lie compiled on top of another lie.  We as parents shouldn’t make promises that we may not be able to keep.