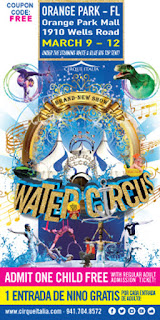 (Update: March 8, 2017)
This is going to be BIG!  Get ready Orange Park, Florida, because we are about to have the time of our lives!  “Cirque Italia”, the first traveling water circus, is coming to town with a spectacular show that you don’t want to miss!  The Cirque will be in Jacksonville for 4 days and 7 performances.  Famed for 90% of their shows being sold out, Cirque Italia has grown to the point where the next logical step could only be to expand operations and double their presence at the national level.  Take a look here to see what the excitement is all about. 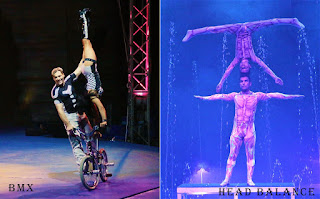 Beginning in 2017, “Cirque Italia”, the first traveling Water Circus, introduces a second unit, the Gold Unit: a luxurious experience where technology and preforming arts are mixed to create a one-of-a-kind show.

This new performance will feature an ultra-modern water curtain that controls every droplet of water meticulously.  Cirque Italia is ready to provide a breathtaking experience.  This new stage by itself is enough to amaze the most demanding audience, and synchronized with the most creative display of superhuman talent –the result is simply out of this world! 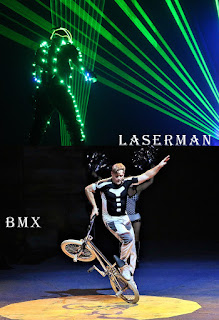 The latest trends of the industry are challenged with every “Cirque Italia” appearance and this 2nd unit is not going to be any different.  A careful casting selection has united the best artists from all over the world.  This production will feature acts all the way from Russia to Mexico.  “Cirque Italia” believes in multi-culturalism as one of their strongest assets.  This new second unit also follows the same strict animal-free policy that makes the Water Circus stand out from other circus entertainment shows. 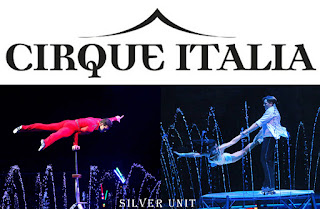 Packed full of incredible acts, there is no room for boredom.
The variety presented is exceptional.  For those who enjoy smart and well-thought out comedy, Alex the clown thrills while taking an acrobatic journey on the trampoline.  Their Argentinian twin jugglers (with a Guinness World Record in their pockets) can handle all kinds of objects in the air – even fire! There is almost no bodily limit for their contortionist as she bends in ways you never would have imagined.  She makes it seem so natural, you might end up trying it in a yoga class.

Whether it’s a futuristic laser act, or mesmerizing aerial performances, the show has something for all tastes and expectations.  One thing “Cirque Italia” sets out to accomplish is to create a type of world-class entertainment suitable for all age groups. 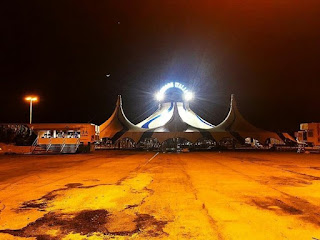 The “magic touch” of the Italian entrepreneur Manuel Rebecchi, President and Owner of Cirque Italia, added to the flawless direction of the COO, Chanté DeMoustes, and has turned this once romantic project into a successful production known and acclaimed all over the country.  Don’t miss the opportunity to be amazed and transported to a fantastic realm where your deepest dreams can -and will- come true.  Click here for a location near you, or request that “Cirque Italia” comes to your town.

'Disney's The Little Mermaid' offers a Family Night on Broadway 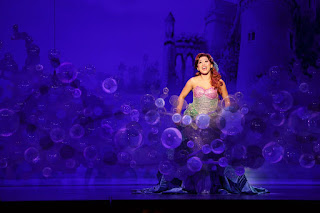 Join the Times-Union Center on Opening Night of Disney’s The Little Mermaid for the 15th. Annual Family Night on Broadway.  The FSCJ Artist Series is partnering with Jax4Kids, PRI Productions, Savor…Jacksonville, the Jacksonville Public Library, and many others, to create special pre-show activities on Tuesday, March 21, 2017 from 6:30 – 7:30 p.m. and during intermission.  All Family Night activities, including children’s games, face painting, photo ops, coloring stations, crafts, a special guest appearance and more, are free with paid show admission tickets.  Kid-friendly-foods will be available for purchase from Savor…Jacksonville, the Times-Union Center’s official caterer.

Based on the Disney animated film and hit Broadway musical, Disney’s The Little Mermaid is making its Jacksonville debut.  The show features all of the favorite songs like: “Under The Sea” and “Part of Your World” as well as new songs written by Oscar-winning Disney composer Alan Menken, the mastermind behind productions such as Beauty and the Beast, Aladdin and Pocahontas.  Lyrics are by Howard Ashman and Glenn Slater and book by Doug Wright. 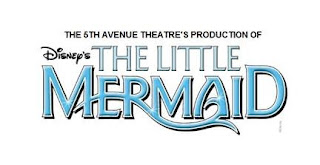 Proclaimed by the Houston Chronicle as “colorful entertainment, wrapped up in an attractive production,” Disney’s The Little Mermaid is sure to charm audiences of all ages!  In a magical kingdom fathoms below, we meet Ariel, the little mermaid, who is tired of flipping her fins and longs to be part of the fascinating world on dry land. Joining her are Sebastian, Ariel’s crabby sidekick; Ursula, the evil sea witch; Triton, King of the Sea and the handsome and human Prince Eric.

FAMILY NIGHT TICKETS: 50 percent off purchase of two tickets (one adult and one child under 12) plus facility fee and service charge; facility fee and service charge not discounted. Valid for March 21 performance only. Subject to availability. *Restrictions apply* - not valid on previously purchased tickets, and cannot be combined with any other offer.  Promo code MERMAID at fscjartistseries.org  *Offer expires at 3 p.m. on March 21 or may be withdrawn at any time*

HURRY! Could you WIN the 'DRUMLine' competition? 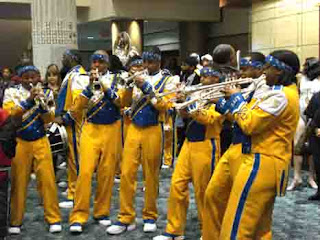 DRUMline Live is coming to Jacksonville’s Times-Union Center for one performance only and they’re looking for an opener!  Drum Corps International (DCI) and DRUMLine Live have combined forces to support music education all across America through the competition, DRUMLINE BATTLE!!  The drumline that wins the competition will get the opportunity to perform as the opening act for a DRUMLine Live show on Tuesday, March 28, 2017 at the Times-Union Center, win tickets to the show and earn the title “Drumline of the Year.”  Does your drumline have what it takes?

How Do You Participate? Simply prepare and video record a 1.5 to 2-minute feature of your marching drumline. Your video cannot surpass 2 minutes or your drumline will be disqualified. Be sure to incorporate your overall drumming skills; add some visuals, stunts, and stick tricks to display your showmanship and you’re good to go! It’s that easy and it’s a lot of fun! You can use material from your winter line, fall show, or something produced just for this competition.

To Enter: Upload your 1.5 to 2-minute video to www.facebook.com/FSCJArtistSeries and hashtag #fscjartistseries and #drumlinecompetition by March 6 to be entered in the competition. You will have to make your profile public to participate in the contest. Viewers will vote on Facebook by liking their favorite video post. Each person can only vote one time. Be sure to encourage them to share your video with friends to increase your likes. Voting will be open for two weeks for the best performing drumline. The drumline that receives the most likes will be declared the winner!

Timeline:
Video entries must be uploaded by March 6 on facebook.com/fscjartistseries and hashtag #fscjartistseries and #drumlinecompetition
Online voting for all drumlines will begin March 7 – March 16, 2017.
Winner will be notified by March 20, 2017 through Facebook.  Be sure your account is public so we can contact you if you are the winner! The decision of the Judges is final.
Prize:  The drumline that receives the most votes will perform a 10-15-minute show as the opening act for the DRUMLine Live show at the Times-Union Center in Jacksonville, on Tuesday, March 28.
The more support from friends, family, teachers, fellow students and faculty – the more likely your Drumline will win! 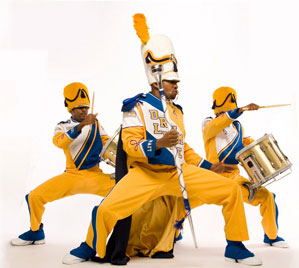 Grand Prize: A Performance At A Drumline Live Show: The winning drumline will earn the official title of “2017 Drumline of the Year: Jacksonville” and secure 50 tickets to the DRUMLine Live performance. In addition, the winning drumline will be a part of the show at the Times-Union Center in front of hundreds of attendees and have the once-in-a-lifetime experience to learn from the cast of DRUMLine Live during an exclusive pre-show sound check and Q/A experience.

'Celtic Woman' is coming back to JAX with new music 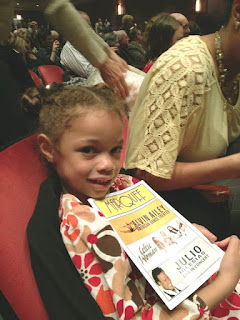 Just a reminder that it’s March and time to get your ‘TIM’ on (A Tim is simply a Celtic supporter, and is a regular self-referential term used by Celtic supporters).  Do you have your tickets and are you ready for “Celtic Woman”?  In support of the Voices Of Angels album, the Celtic Woman foursome--featuring the angelic voices of Susan McFadden, Mairéad Carlin, Éabha McMahon and the breathtaking new Celtic violinist Tara McNeill—will embark on a four-month tour, coming to Jacksonville for just one night only on March 10, 2017.

Multi-platinum international music sensation “Celtic Woman’s” latest studio album Voices Of Angels debuted atop the Billboard World chart at #1 and has been riding high since its release, while the group’s DESTINY album, which also topped the chart upon its release, remains in the Top Ten at #10 more than 50 weeks after its release.

Destiny was nominated for a Grammy Award this year in the category of Best World Music Album marking the group’s first-ever nomination.

Voices Of Angels contain some of the most popular songs from the Celtic Woman repertoire, along with several previously unrecorded tracks, all with stunning new orchestral arrangements recorded with the 72-piece Orchestra of Ireland.  Celtic Woman has a remarkable 12-year-legacy of introducing the most talented singers and musicians from Ireland onto the world stage.  Get your tickets to see Celtic Woman in Jacksonville today.

'Show Boat' docks at the Alhambra with insight 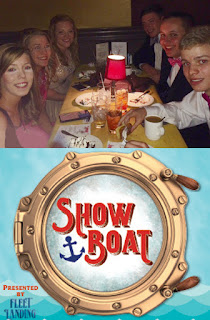 If you thought that the Alhambra Theatre and Dining was just a place to have a great meal and see a fantastic show, well it can be more than just that.  Recently, Gala Night at the Alhambra brought glitz and glamour back to the establishment.  The only thing that was missing on the first Friday evening’s performance of “Show Boat” (or any other first Friday opening night) might have been a red carpet and loads of paparazzi.  As the dress code on the Alhambra website suggests for Gala, people were donned in elegant gowns, black tie, semi-formals and gloves.

Practically everyone was dressed in their Sunday Best, yet there was a reason for the influx attendance of young party people.  It just so happened that Valdosta Open Bible Christian School chose the Alhambra to have their “senior prom.”  What a unique idea!  An elegant place to get dressed-up, have dinner, see a show and take a date out to celebrate youth.  Senior class advisor/teacher Ms Caroline McCarty said that she has been doing this event for a number or years and the students look forward to this festive evening out.

Chef DeJuan Roy did a wonderful job, as he usually does, getting a scrumptious meal together to befit a riverboat show. 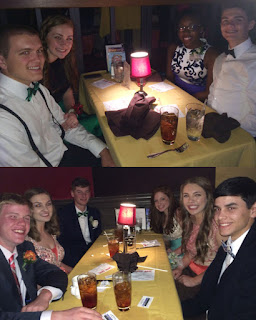 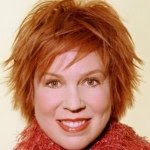 She came, she conquered the audience, and she was off to the next location after she and Mama had their engagement at the Thrasher-Horne Center in Orange Park Florida.  Vicki Lawrence gave a humorous performance for about an hour and a half.  You will have a great opportunity to experience the antics of Mama and Vicki, in a location near you.  She’s just as beautiful and talented as she was years ago, and her mind is as sharp as ever. 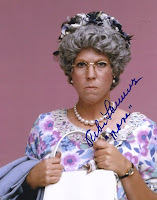 Vicki Lawrence’s one woman extravaganza started with her explanation of how she got started in show-business and then she shared interesting stories like: “The carpet not matching the drapes,” “Hair Glitter,” being married to her husband ‘Al’ with his ex-football physique.  While talking about her pregnancies, children and her first husband, you will be able to identify with her many different situations in life.

Where you aware that Ms Lawrence recorded the 1972 hit song “The Night The Lights Went Out in Georgia”?  She sang that song and a few others (including a ‘rap’) during the evening’s festivities.  At the age of 24, Vicki began her role of Mama on the “Carol Burnett Show” and later expanded the role in “Mama’s Family.”  After watching about 15 minutes of hilarious outtakes from a few TV episodes, Vicki came back on stage as Mama.  During this time, Mama talks about current happenings, people and keeps her audience in stitches.
Posted by Ms. "V" Victoria Thomas Poller at 5:21:00 PM 1 comment: