“Throw It to Jesus” 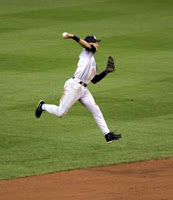 Familiar scripture isn’t it? Well, I never thought about what the word “cast” meant. Cast means to throw—like casting a line and hook out across a body of water to catch a fish. You can’t just give the line to the body of water. You have to throw that hook and line (called casting) far out into the water. Sometimes we have to cast our faith out to God to show Him that we may be trusted to do His will.

One instance I was thinking about happened shortly after the Lord had blessed me with the retail store that I had desired. I had done everything I thought God had instructed me to do in obtaining the store and getting it started. So, when I thought that I was finished, I passed the ball back to the Lord (I envisioned being in a basketball game with God. I would get the ball, score a basket and then it was turned over to God for Him to do His thing). Well, I again visualized God passing the ball back to me, but I didn’t want the ball. I had already scored my point and thought I wouldn’t get the ball back until God scored His point. However, the ball kept finding its way back to my side of the court. (What I didn’t realize is that God was telling me that this was my game, played by my rules, and God was letting me finish the game without Him because it was not His plan!).

What did God want of me now? Customers were not beating a path to my doorstep, so - I had time on my hands, and, as a result, my prayer time was increased. I started on my second book, gathering thoughts from above (the first book wasn’t published yet). Bills were accumulating, yet they were being paid before the final “nasty-gram” arrived. My husband was supporting the business, working three jobs, and doing volunteer work. I hadn’t seen a paycheck since I left my last position. I wanted to pay my tithes (10% to God’s kingdom), and give more to those who were in need, but I wasn’t able to get blood from any turnip, and, in addition, I could hardly pay the rent for the building.

Ms. “V” Welcomes ALL the new cities and countries to the site.